We take a look at the big releases across each platform for the kick-off month of January 2022…
Kicking off 2022 in Games
Plans this Weekend? Why Not Pull Up a Chair with Jack Black, Tiffany Haddish and Xavier Woods for Some D&D
Post by Steve Farrelly @ 01:34pm 16/07/21 | 0 Comments Dungeons & Dragons Live 2021 is happening this weekend, and features a massive guest list of notable high rollers (heh, get it?). Names like those mentioned in the headline are joined by other nerds in disguise: Seth Green, Kevin Smnith and Jason Mewes, Reggie Watts, Lauren Lapkus, Ember Moon and many others across five unique tables likely to cause chaos, one and all.

Here are some instructions from the GM:

This weekend, celebrity stars of the likes of Jack Black and Seth Green will join Wizards of the Coast to host Dungeons & Dragons (D&D) Live 2021, a two-day virtual event in collaboration with G4 running from Saturday 17 July to Sunday 18 July, from 5am to 1pm AEST across both days.

Celebrating the world’s original and best roleplaying game, D&D Live 2021 will feature a range of exciting new announcements and will be broadcast across G4TV and D&D’s official channels, and available as videos to view after. Movie stars, influencers and musicians will band together to play D&D with tons of fans expected to tune in to the spectacle. This comes off the back of D&D’s best year ever in 2020 with record-breaking digital sales.

The live event will showcase a thrilling series of D&D campaigns frontlined by top Dungeon Masters and celebrity cast members. Most notably, acclaimed DM Kate Welch is hosting a swashbuckling investigation into dragons, krakens and sea giant queens titled The Lost Odyssey: Last Light Table. The roster for this table includes Jack Black, Reggie Watts, Tiffany Haddish, Lauren Lapkus, Kevin Smith and Jason Mewes. The star-studded cast selected children’s hospital fund Extra Life as the charity they’ll be raising money for during the event. Donations will be accepted leading up to and during the live-stream via Extra Life’s donation page.

Wizards has also announced WWE Superstars will be entering the dungeon in The Chaos Carnival. Hosted by Dungeon Master Aabria Iyengar, the campaign will unite WWE Superstars Xavier Woods, Ember Moon, MACE and Tyler Breeze as they overcome deadly adventures and high-flying attractions to reclaim something precious lost to them.

See the full roster of D&D Live 2021 tables below:
Included in D&D Live 2021 will be more information on highly anticipated upcoming D&D products with several surprise announcements in the line-up. Fans can also tune in to panels featuring lead designers behind the annual D&D storyline The Wild Beyond the Witchlight, the D&D sourcebook set in a Magic: The Gathering plane Strixhaven: A Curriculum of Chaos and much more.

With everything happening around Australia right now, this event might be a more than welcome distraction from the immediate outside world. 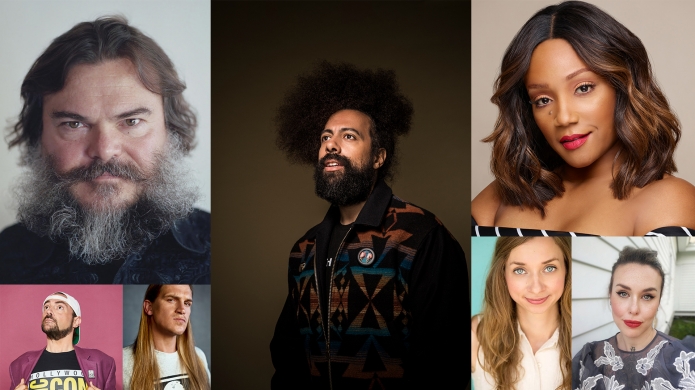