Zen 4 ushers in a new era for AMD CPU performance when it comes to straight-up gaming.
AMD Ryzen 7600X Review - Gaming Excellence
Remedy is Expanding the Control Universe with a Multiplayer Game and a Bigger-Budget Sequel
Post by KostaAndreadis @ 03:38pm 30/06/21 | 1 Comments Though the word sequel isn't being used, instead the announcement outlines a new partnership with Remedy and 505 Games that will include "a bigger-budget Control-game" and a multiplayer spin-off. The latter has the code-name Condor, and overall tone is depicted in the image here. 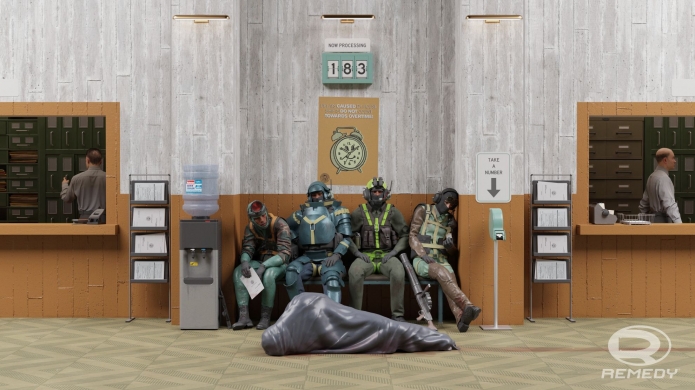 As per an update from Mikael Kasurinen, Game Director of the Control franchise, the team is excited to be working on its first multiplayer effort.

Remedy as a studio has made single-player experiences for over 25 years. But we are also avid fans of multiplayer games – I remember us having company-wide Battlefield 1942 sessions when we were working on Max Payne 2. We even got a small clan running. We were terrible, but it was the fun we had together that mattered. There are worlds and experiences that you can access collectively, with your friends, and they can shine as brightly as any single-player experience does.


A good sign, and even though we can't really picture what the end result might be, the Control universe is one that has more than enough detail to support multiple games.

I believe we can create shared experiences without compromising the unique DNA of who we are, or the stories we want to tell. Yes, we need to re-think our angles, our techniques, our mindset, but we see it as an exciting challenge: What would a Remedy multiplayer game look like?


A key part of the announcement is the partnership with 505 Games, meaning that development on both new Control-space games is still relatively early on with Remedy noting we're years away from release. That said, the studio has more cooking - a single-player campaign for the popular online shooter Crossfire X being one.