Alongside the unveiling of a new GPU flagship in the form of the GeForce RTX 3080 Ti, NVIDIA announced that a GeForce RTX 3070 Ti was also coming very soon. Like, days away. The reveal came as part of NVIDIA’s Computex 2021 presentation – where we also learned that games like Red Dead Redemption II and DOOM Eternal were set to get DLSS support. The latter is also going RTX On too. 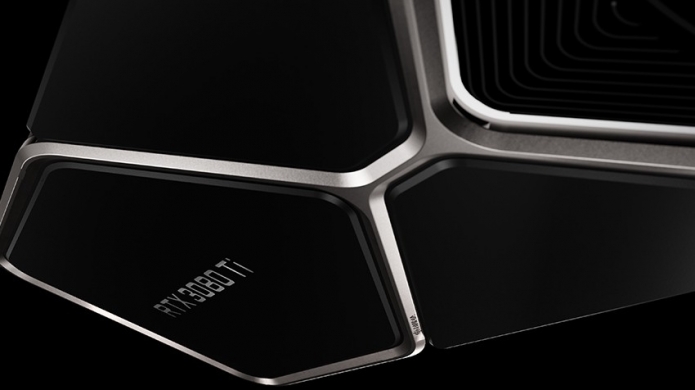 First off, the new GeForce RTX 3080 Ti takes over the RTX 3080 as the flagship Ampere graphics card for gamers. As the NVIDIA Geforce RTX 3080 showcased when it dropped late last year, Ampere is truly impressive for PC gaming. From powerful new architecture that offers up a sizable increase in all-round performance over the 10-series and the 20-series -- technologies like DLSS rendering and Reflex for competitive gaming prove to be the sort of stuff that presents a true generational leap.

And with the 3080 Ti coming this week, NVIDIA debuted its new flagship GPU in style -- with a look at DOOM Eternal running in 4K with its upcoming RTX update that includes a suite of ray-tracing effects and DLSS. Check it out.

In terms of capabilities the 3080 Ti is set to offer up a performance leap of 1.5X over the last generation’s RTX 2080 Ti – a card that was basically in a performance class of its own. That is, until the arrival of the RTX 3080. Comparisons to the current line-up of RTX 30 series graphics will have to wait until reviews drop, but with the release set for June 3 – yeah, we weren’t kidding when we said very soon - we won’t have too long to wait on that front.

Related: Our Full Review of the GeForce RTX 3080 Founders Edition

On paper the specs put the RTX 3080 TI in-line with the RTX 3090, a card that’s aimed at creators and enthusiasts thanks to it’s 24GB of VRAM. The RTX 3080 Ti has a price-point of $1,199 USD / $1,920 AUD – with NVIDIA releasing a Founders Edition model alongside cards from partners like MSI, ASUS, Gigabyte, and others.

Here’s a look at RTX 3080 Ti performance across a wide range of titles as supplied by NVIDIA. Related: Our Full Review of the GeForce RTX 3070 Founders Edition

Here’s a look at RTX 3070 Ti performance across a wide range of titles as supplied by NVIDIA.

Stay tuned to AusGamers over the course of the next week as we’ll be covering the launch of the new RTX 3080 Ti and RTX 3070 Ti graphics cards in full.