You've known it was coming, but did you expect everything revealed?
In Kratos We Trust - God of War Rangarok Unveiled!
Chivalry 2 Open Beta Hits All Platforms This Month... With Cross-Play!
Post by KostaAndreadis @ 12:18pm 18/05/21 | 0 Comments After a successful Closed Beta for Torn Banner Studios upcoming online medieval warfare game Chivalry 2 comes word that an Open Beta is set to kick-off -- and it will be live from May 27-31. The Open Beta is also set to introduce new maps, modes, and customisation options.

Best of all the Open Beta is set to go live on all platforms (PlayStation, Xbox, and PC) with cross-play! For those that need a refresher here's what Chivalry 2 is all about. 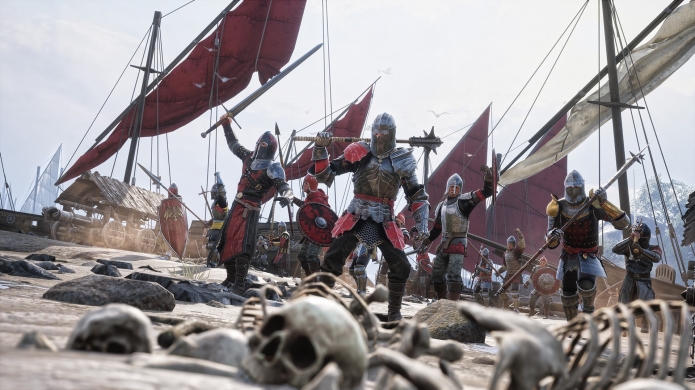 Chivalry 2 is a multiplayer first-person slasher inspired by epic medieval movie battles. Players are thrust into the action of every iconic moment of the era –from clashing swords, to storms of flaming arrows, sprawling castle sieges, and more. Dominate massive battlefields while catapults tear the earth apart as players lay siege to castles, set fire to villages, and slaughter filthy peasants in the return of Team Objective maps.

The Open Beta will see some maps return from the Closed Beta while adding two new cinematically brutal Team Objective maps to the experience! Team Objective and Team Deathmatch will now be available in both 64 and 40 player lobbies so players have more freedom to pick the preferred scale of the battle before they jump in and start spamming those battle cries (aka the best way to spawn in!).

We’re also extremely excited for players to get a taste of our Free For All mode, which is brand new for the Open Beta! Better yet, PC players will be able to use the server browser to jump into specially made Duel Servers so they can test their swordsmanship by challenging others to skillful fights to the death!


Chivalry 2 is currently in development for PlayStation 4, PlayStation 5, Xbox One, Xbox Series X|S and PC – with Cross-Play between all platforms.