A slice of life full of meaning, and an Aussie made gem to boot
Wayward Strand Review
No Chance, that's What Ya Got - Vince McMahon Joins WWE 2K Battlegrounds Among Others in Latest Roster Update
Post by Steve Farrelly @ 05:51pm 11/02/21 | 0 Comments In a roster update that kicks off today (check the post date), 2K has revealed a host of new faces coming to WWE 2K Battlegrounds -- the over-the-top NBA Jam-style wrasslin' game that features WWE Superstars past and present. Most notable among these is the head of the company itself, the notorious (and hilarious) Vince McMahon.

Being doled out over a number of weeks between now and March 24, some 24 WWE Superstars will join the game's roster alongside two new arenas and some 19 new items to help customise your game and wrestlers. Today's first drop features the aforementioned Mr. McMahon as well as Gran Metalik and Mojo Rawley. Additionally, not all new characters or items will be immediately available with some requiring unlocking through in-game currency purchases or activities, to keep it all interesting.

Here's the rest of the roster yet to make their entrance to the ring via the new update:Can you think of any WWE Superstars still missing from Battlegrounds' lineup? 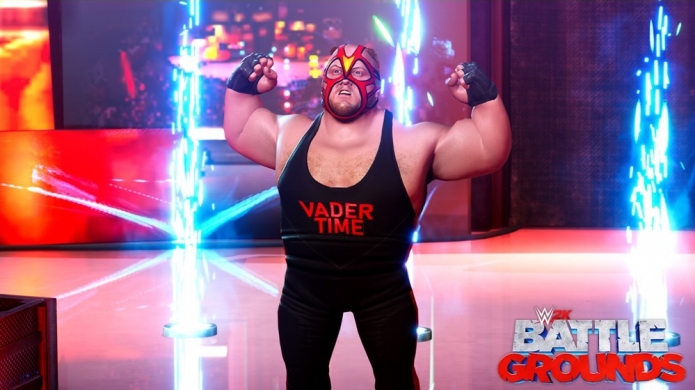