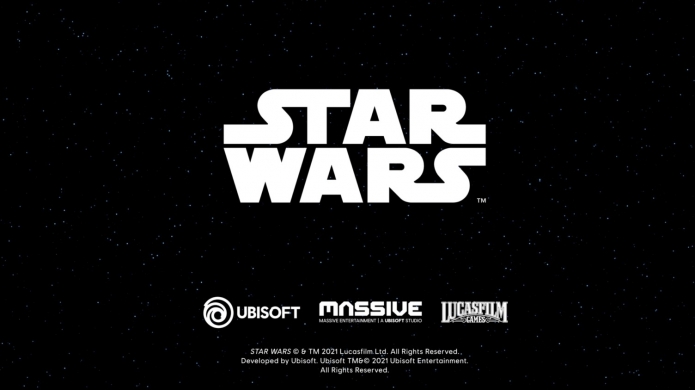 Which is what we assumed, based on the whole EA and Disney exclusivity deal expiring sometime in 2023 -- which puts Ubisoft Massive's open-world Star Wars game a few years away at least. The studio, which comprises of the team behind The Division is also still working on that franchise -- despite assumptions that the series was being put on hold -- with more Divvie action coming later this year and next.

Both revelations came as part of Ubisoft's latest financial call (yeah, we're in the midst of money season) where CEO Yves Guillemot noted, "We are at the early stage of development on the Star Wars game". Adding that Massive will "will make the most of their cutting-edge technology, including the Snowdrop engine, to deliver a groundbreaking Star Wars adventure." Confirming that the open-world title will run on a version of the same tech powering The Division.

Not that it will be a shooter per se, Snowdrop is versatile. In fact Massive is also working on a game based on the Avatar series -- you know the James Cameron 3D deal that came out with 2009 with the blue aliens. Avatar has, according to reports, has four movie sequels in the works - which will no doubt test the public's appetite for more Avatar. No one seemingly asked Ubisoft about that project, but we assume it's still in the works.