Announced at BlizzConline we dive into this new take on an class-ic, and chat to Blizzard as the Rogue officially joins Diablo IV.
Diablo 4 - Inside the Rogue Reveal
The Best Gaming Displays Coming This Year
Post by KostaAndreadis @ 04:07pm 19/01/21 | 6 Comments

With the arrival of new GeForce RTX 30 Series and AMD RX 6000 Series graphics, the dawn of HDMI 2.1, and PC gaming more popular than ever -- we’re bringing you our picks of the best gaming displays as announced at CES 2021. 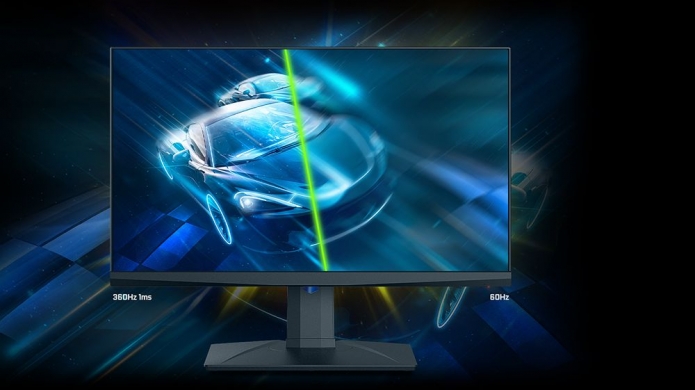 When looking for a competition-grade esports display there’s a few things that will define 2021’s offerings -- IPS panels with excellent colour accuracy, refreshing refresh rates, low response times, and VRR support. Out sometime later this month the MSI Oculux NXG253R goes one step further by offering NVIDIA G-Sync, a 360Hz rapid-IPS display, 1ms GTG, and NVIDIA Reflex Latency Analyzer -- which is a mix of hardware and software that improves system latency to ensure the best possible performance. A serious esports display for those serious about competitive gaming.

When the ACER Predator XB273U NX launches it will no doubt present one of the fastest 1440p IPS panels to date, something backed up not only by G-Sync and NVIDIA’s Reflex Latency Analyzer hardware but also HDR support and colour accuracy for an extra dose of cinematic presentation. A competitive beast this new Predator will also allow for high-end AAA gaming -- though we’re not sure if there’s a recent release that could even hit 275-fps at 1440p. That aside, this new Predator from ACER is looking to continue the company’s focus on premium high-performing displays that leverages cutting-edge tech.


Click Here For The Best Gaming Displays Coming This Year