The cloud-based future is slowly making its way to our shores, and perhaps the most enticing version of it – Microsoft’s Project xCloud is set to begin its beta/preview program next week on November 18. With Microsoft and Team Xbox rolling out the service to new countries featuring Microsoft’s Azure datacentres - Australia, Brazil, Japan, and Mexico.

Even though the game streaming service has been available in some regions for some time, rolling out any network provides its own challenges no matter the location. Something Australians are all too familiar with.

Ahead of the announcement we got the chance to speak with Kareem Choudhry, corporate vice president, Gaming Cloud to talk about the preview program, how important it is to properly test and manage the rollout, and the all-important Xbox Game Pass factor.

“We're running pretty largely at scale,” Kareem tells us. “So, from our backend services to how our hardware behaves, we've got a lot of the major kinks ironed out. But what we have found is that every country is different, every region is different. We make no assumptions. What's working for us in Korea or in Canada or in Germany might not be the right combination in Australia. It's really important for us to get out there and test the mobile infrastructure and the general internet connections across Australia.”

And from there adapt.

“We're going to be ready to tune, to listen, to see the feedback and the telemetry, which is also built into the experience. When we bring it to release it will become a part of Xbox Game Pass Ultimate.”

And there’s those magic words, Game Pass. Something that Project xCloud will leverage in the preview period – with the following games all playable within Australia. A sizable list featuring some pretty big games across a wide range of genres. 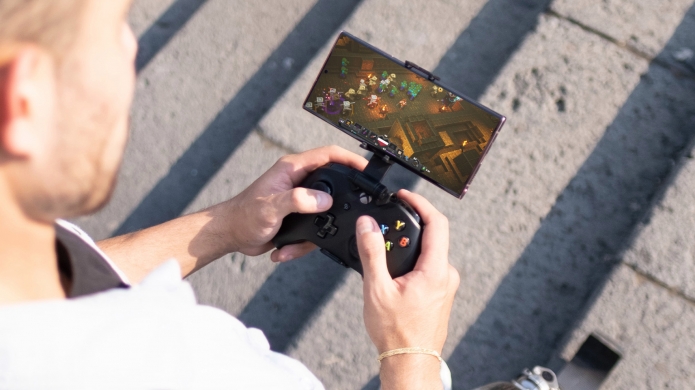 Unlike other competing services that feel standalone, Project xCloud’s integration into the existing Xbox Game Pass Ultimate ecosystem feels perfect. So much so that it feels the next step in a meticulous plan that was put into motion several years ago at Xbox HQ. Was it?

“Going back to creation of Game Pass, I remember after we launched Phil [Spencer] and I were talking about how we could bring that great experience to more and more people,” Kareem recalls. “So, it was really a number of different technology trends coming together at the same time, as well as our ambition to put the player at the centre of everything that we do. How can we deliver and give more choice to our fans? Let's do it on console, let's do it on PC, and then let's go and do it on every device. The cloud is the way you deliver that.”

Project xCloud (Preview) will be available from November 18 – head here to register.