The game will also ship with a bench-marking tool for PC. As per the RTX Off requirements it looks like the game will scale well. As per our most recent hands-on with the game we were playing a build with ray-tracing enabled and the effect was immediate and impressive in how it made the digital London of Watch Dogs: Legion more immersive. 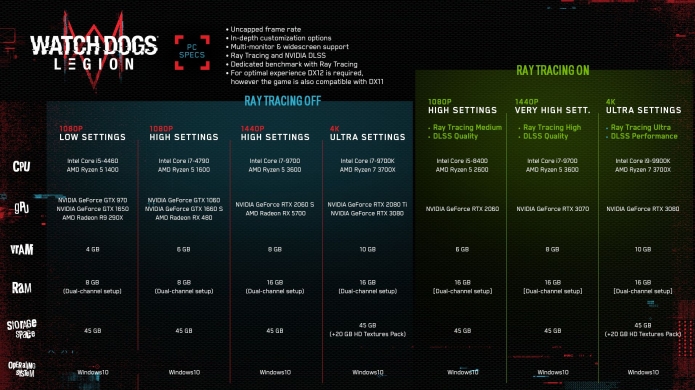 On PC Watch Dogs: Legion will also support an uncapped frame-rate in addition to UltraWide resolutions - it's out October 29.