We take a look at the big releases across each platform for the kick-off month of January 2022…
Kicking off 2022 in Games
Amazon Announces Luna its New Game Streaming Platform
Post by KostaAndreadis @ 04:45pm 25/09/20 | 0 Comments With Amazon Luna set to go up against Google Stadia and Xbox Game Pass (specifically, the game streaming component), with support for PC, Mac, Fire TV and iPhone/iPad via a web app. Launching in Early Access (with Australian timeframe TBC) the subscription service starts at $5.99 USD per month for 1080p/60fps gaming - with 4K coming soon.

In terms of game the Amazon Luna line-up is looking pretty good so far with the likes of Control, Metro Exodus, Yooka-Laylee, and future releases including Assassin's Creed Valhalla, Watch Dogs: Legion, and more. Amazon is partnering with Ubisoft, Capcom, 505 Games, Team 17, and other to bring titles to the platform -- with the company hinting that a Ubisoft add-on providing access to 'Ultimate Editions' with all DLC is on the cards.

Which Amazon is calling a gaming 'channel', which is somewhat genius. It allows publishers to create their own revenue stream as an Amazon Luna channel. The Ubisoft Channel, the Activision Channel, the EA Channel. Alongside games Amazon is also releasing a Luna controller that looks fairly standard and pretty decent in that it's basically a purple accented Xbox pad. 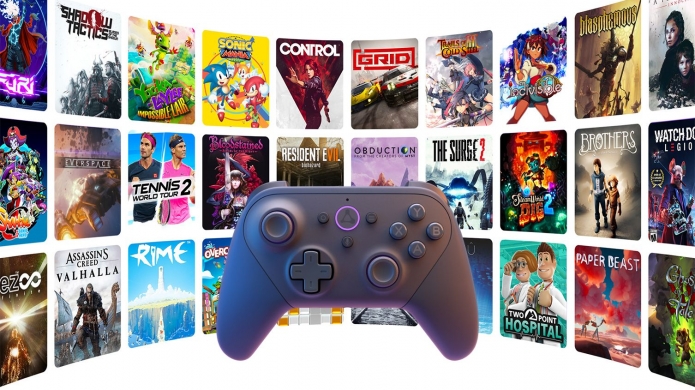 Amazon Luna is of course powered by Amazon's formidable cloud-network, with the company noting that the minimum connection speed for 1080p streaming is 10 Mbps, with 35 Mbps required for 4K. Another area where Luna sets itself apart from the competition, at a glance, is that access available via web browser across multiple devices is supported -- as opposed to a dedicated app or device.

No doubt Amazon Luna has potential, especially if it hits the latency and image quality claims being made. Cloud gaming will be a key part of the landscape moving forward, Xbox buying Bethesda is as much a cloud play as it is a move to bolster the Xbox Series X library.

And on that note, with new consoles on the horizon we're not quite ready to shift our gaze skyward.