With GeForce RTX 30 Series and AMD RX 6000 Series graphics, and the dawn of HDMI 2.1 -- we’re bringing you our picks of the best gaming displays as announced at CES 2021.
The Best Gaming Displays Coming This Year
Carrion Interview - Phobia Game Studio On Its Reverse-Horror Alien Game
Post by KostaAndreadis @ 03:57pm 19/06/20 | 0 Comments We sit down with the monsters at Phobia Game Studio to discuss the upcoming reverse-horror of Carrion – the game that puts you in control of an alien with a taste for meat. Published by Devolver Digital it's due for release in the coming months on PC, Xbox One ,and Nintendo Switch.

Plus there's playable demo you can check out right now on Steam. 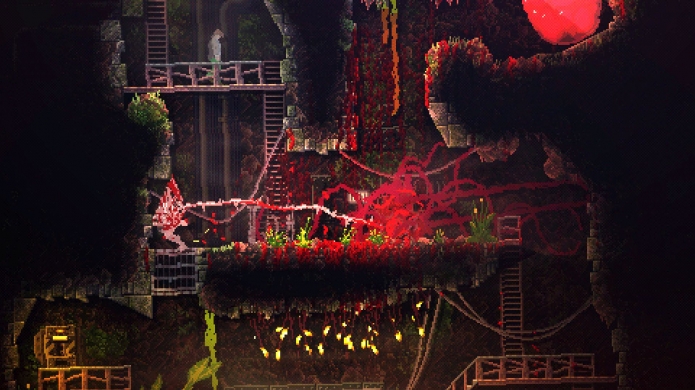 “The general idea that eating humans would make the monster grow was there from the very beginning,” the team tells me. “The final specifics of the system did indeed evolve over time - especially how the different skills are divided between different forms of the creature and how the players have to learn to manipulate its size to overcome various challenges. We believe this “mass-based class system” puts a refreshing twist on the Metroid formula, as it allows us to create more complex puzzle scenarios than if you had all the skills at your disposal at all time.”