With Microsoft revealing that playing Xbox One, Xbox 360, and original Xbox titles on the company’s next-gen console will make full use of the increased power and storage speed capabilities of the device. This means support for the Xbox Series X’s impressive instant resume feature in addition to higher resolutions, more stable frame-rates, and even HDR support for game from the early 2000s. 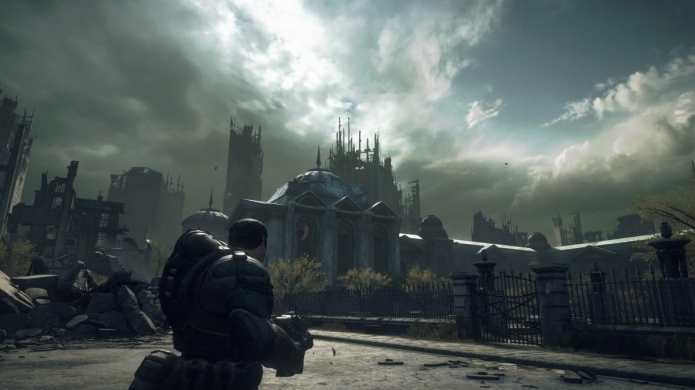 And right off the bat this gives the Series X a library of well over 1,000 games on day-one. With the same team behind the Xbox One’s impressive backwards compatibility at the helm, Jason Ronald, Director of Program Management for Xbox Series X, outlines the commendable effort put into this side of the console.

Maintaining compatibility presents a massive technical challenge as fundamental system and chip architectures advance across generations. Developers highly optimize their games to the unique capabilities and performance of a console to provide the best experience for their players. To make the Xbox Series X our most compatible console ever required both significant innovation in the design of the custom processor as well as the unique design of the Xbox operating system and hypervisor at the heart of our next generation platform.


Apparently, Team Xbox have already put well over 100,000 hours into playing backwards compatible titles on the Xbox Series X – and it has become the go-to console at home for much of the team. Yeah, those Microsoft employees are already enjoying the Series X life. A lot of effort has been put into ensuring that Series X hardware is leveraged for backwards compatibility – as opposed to simply emulating past hardware. It’s been reported that the PlayStation 5 will essentially run in PS4 or PS3 mode for its preservation side, which makes the following comment from Jason an obvious dig at the competition.

Advancing the State of the Art of Game Preservation

Not only should gamers be able to play all of these games from the past, but they should play better than ever before. Backwards compatible games run natively on the Xbox Series X hardware, running with the full power of the CPU, GPU and the SSD. No boost mode, no down clocking, the full power of the Xbox Series X for each and every backward compatible game.


As for playing original Xbox and Xbox 360 era games with HDR enabled, Microsoft is employing a HDR reconstruction technique that will “automatically add HDR support to games.” – meaning that the Series X will be able to run Star Wars Knights of the Old Republic in 4K with HDR enabled – two things that didn’t exist back when BioWare’s RPG classic was first released. As with all the company’s backwards compatibility efforts no additional work on behalf of developers or publishers is required. If it ran on an Xbox One it will run, enhanced and better than ever, on an Xbox Series X.

It also sounds like the team at Xbox has been hard at work since it began the whole backward compatible thing on the Xbox One. It’s been developing tools that not only increase resolution but also image quality and frame-rate.

Beginning with Xbox One X, the compatibility team developed brand new innovations that could be applied to a hand curated list of titles to enhance them even further than what was possible when they were first created. Techniques such as the Heutchy method, which enables titles to render with increased resolutions up to 4K, or applying anisotropic filtering to improve the final image quality bring these classic games up to modern standards, better than ever before.

With all of the additional power and advancements of the Xbox Series X, the compatibility team now has a veritable playground of new capabilities to innovate and push the limits of game preservation and enhancement. The compatibility team has invented brand new techniques that enable even more titles to run at higher resolutions and image quality while still respecting the artistic intent and vision of the original creators. We are also creating whole new classes of innovations including the ability to double the frame rate of a select set of titles from 30 fps to 60 fps or 60 fps to 120 fps.


120-fps for some the best Xbox One titles, on a capable display, would be amazing. Getting to play Red Dead Redemption 2 at 60-fps with no patching required would be impressive. No doubt this side of the console will be showcased in full as we draw closer and closer to release.