In a double whammy, PlayStation Australia today announced a PSPlusPlays would be welcoming in Predator: Hunting Grounds with players submitting their best Predator kills to go in for a chance to win some pretty cool gear. Additionally, Arnie has reprised his role as Dutch from the first (and best) moofie as part of both a free update and paid-for DLC.

Which is a lot to take in. Firstly with Dutch, the free content by way of an update dropping this May 26, unveils the story of Dutch after the events of 1987 through a series of recorded tapes voiced by Arnie himself. These will be hidden gems throughout the game and help add more narrative. From the PlayStation Blog:

In order to make Predator: Hunting Grounds the game we envisioned it to be, it had to include Dutch’s story and bringing him back into the universe. We have created two different items for the community in order to do this. The first is a free update, available for all players who own the game. Players will be able to learn where Dutch has been all these years and hear his story in his own words through a series of voice tapes that you earn as you level up.

The second is a paid DLC pack where you can play as Dutch and get early access to the QR5 “Hammerhead” Rifle and Dutch’s Knife! (available free for all players later in June) Getting the future Dutch just right was so exciting for the entire team. Creating the details, working with our partners to make certain everything fit together perfectly in the universe, and of course working with the legend himself has been a dream come true. We cannot wait until you can get access to both the free update and the paid DLC on May 26!

There's a firm roadmap for the game and we say it again, hopefully it doesn't gate players or overcharge in the same way Evolve did.

On the PSPlusPlay side of things, winners of the best Predator kill, which simply needs to be uploaded via instructions relayed in the link above. Best of all though is this goody up for grabs: 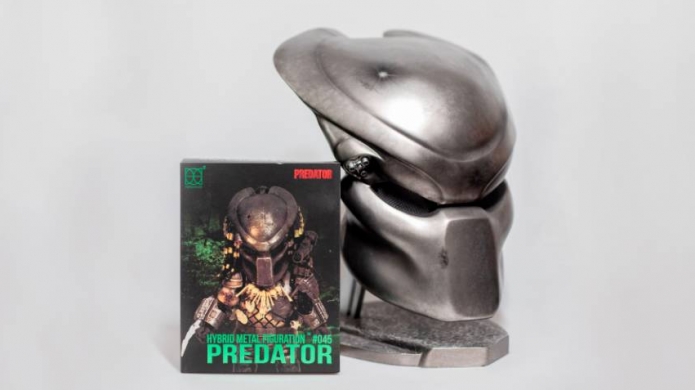 Get ready to hunt or be hunted! May’s #PSPlusPlays challenge for Predator: Hunting Grounds is to show us your best kill as the Predator, with the best entry to win a replica Predator mask and a Predator hybrid metal “6” action figure.

To take out the awesome prizes, players must simply load up Predator: Hunting Grounds on their PlayStation 4, capture their attempt at the challenge, and share to Twitter using the hashtag #PSPlusPlays.

There's a trailer for the competition embedded below, but to be honest, this concept of bringing back Dutch just makes me want a single-player campaign where you play as him in a unique setting with a new team, hellbent on getting revenge.