With three new strategy games - Sea Power : Naval Combat in the Missile Age, Second Front, and Task Force Admiral. Alongside game titles that are so PC strategy in nature that you'd think they were made up, the new MicroProse is even keeping the old company logo.

For those that have lost their videogame history books, MicroProse was a developer and publisher formed by Bill Stealey and Sid Meier in 1982, where it rose to popularity with a string of fighter pilot simulation games - leading up to the very first Sid Meier's Civilization. The studio eventually closed in 2003, but not it seems - MicroProse is back. And with one of the original founders, Bill Stealey, on board.

Here's a look at the first three new MicroProse published games coming - each with their respective release dates TBC. Steam pages though, are all live.

Brought to you by the lead designer of Cold Waters, Sea Power lets you control NATO and Warsaw Pact forces in a modern naval conflict. Whether it's gunning it out with Boghammars in a surface duel, fighting off aerial attackers armed with long-range missiles, or hunting for enemy submarines with aircraft and surface ships, advanced weaponry and sensors are at your disposal. Can you successfully hide your forces while detecting and tracking theirs? It is up to you to play an advanced game of cat and mouse on the high seas, to seize the initiative and attack with the advantage of surprise on your side. And at all times, you have to observe rules of engagement and take care not to cause an unnecessary incident that could lead to escalation. After all, you cannot really be sure just who that radar contact at 30.000 feet is, can you?

Second Front is the tactical WWII game that genre enthusiasts always wanted and never really got. Sporting a full-fledged 3D engine and an easy to use user interface, the game is easy to play but hard to master. Why is that? Because Second Front is a project born from the developers’ passion and experience with realistic and deep tabletop tactical board games. Playing a tactical game that is deeper than your average X-Com clone, with a competent AI and a powerful editor to create scenarios and campaigns has been the dream of tactical players for long. 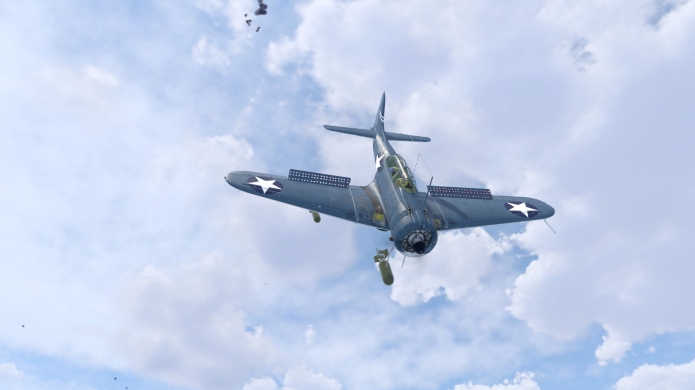 Task Force Admiral Vol.1: American Carrier Battles is a single-player experience centered on the command of an early Pacific War US Navy carrier task force. As the overall commander, you are in charge of seeking the destruction of the enemy naval forces and preventing your opponent, the Japanese Navy, from accomplishing its objectives. To achieve your aims, you have at your disposal the most fearsome sea projection weapon known to Man in 1942: your carrier air groups and the task forces that support them.