One that will of course feature support for Ray-Tracing but also other cutting-edge features like - Variable Rate Shading, Mesh Shading, and Sampler Feedback. All coming as part of the DirectX 12 Ultimate API for developers to leverage these technologies for the next-generation of gaming. And in working closely with NVIDIA, the current-gen too thanks to all-of-the-above being available now on PC thanks to GeForce RTX.

That said DX12 Ultimate will also play a key role in shaping the look of Xbox Series X titles - powered by AMD's RDNA 2 architecture. Here's the summary as per Microsoft - which also notes that DX12 Ultimate branding will begin to ship on PC hardware to let consumers know that their tech is next-gen ready. 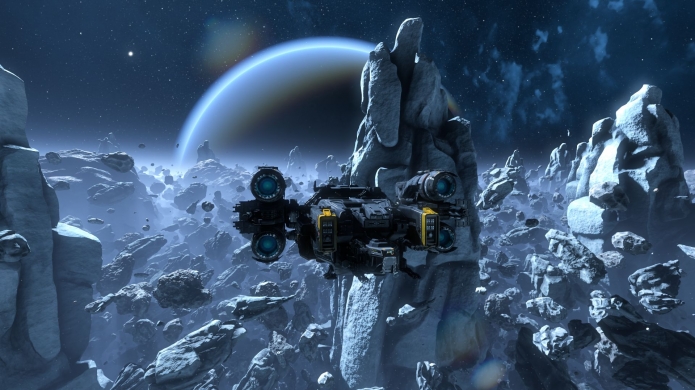 DX12 Ultimate is the result of continual investment in the DirectX 12 platform made over the last five years to ensure that Xbox and Windows 10 remain at the very pinnacle of graphics technology. To further empower game developers to create games with stunning visuals, we enhanced features that are already beginning to transform gaming such as DirectX Raytracing and Variable Rate Shading, and have added new major features such as Mesh Shaders and Sampler Feedback.

Together, these features represent many years of innovation from Microsoft and our partners in the hardware industry. DX12 Ultimate brings them all together in one common bundle, providing developers with a single key to unlock next generation graphics on PC and Xbox Series X.


Here's a video breakdown from NVIDIA covering Ray Tracing, Variable Rate Shading, Mesh Shading, and Sampler Feedback. Naturally these are all technical terms that you're not meant to fully understand but this is a great rundown of just how important these will be for pushing visuals further than they have to date.

Stuff like Mesh Shading and Variable Rate Shading look and sound like pure game-changers - showcasing that it's not all about raw power and grunt. Smart techniques are just as, if not more, important. VRS is something we've already seen thanks to GeForce RTX support in Wolfenstein II - where turning it on allows for an instant 15% or more boost in performance without sacrificing anything in visual quality.

Very cool stuff. And for those looking to pour through more of the technical detail be sure to check out Microsoft's announcement and NVIDIA's breakdown.