Forspoken is a game that consistently fails to deliver, despite some lofty ideas, and manages only to impress in the most obscure moments.
Forspoken Review - An Awkward Experience
Diablo 3 Season 20 Begins Next Week as New Patch Goes Live
Post by KostaAndreadis @ 01:03pm 05/03/20 | 0 Comments Season 20 or the Season of the Forbidden Archives is set to go live in Diablo III next week (across PC and consoles) where in addition to a very Kulle new theme Patch 2.6.8 also sees the arrival of three new class sets - one each for the Barbarian, Witch Doctor, and Wizard. 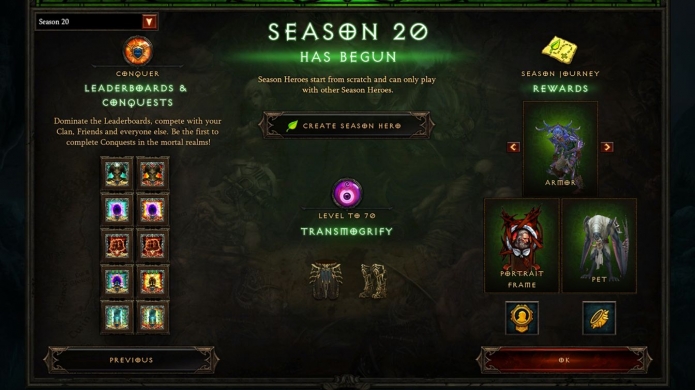 So what's the new seasonal them all about?

This is definitely a very interesting change that should pave the way for some very powerful glass-cannon like builds - because, hey, it'll be hard to resist stacking three Weapon powers for that extra dose of demon melting power.

Once again a new Season will see the arrival of new sets, as outlined below - including updates to Legendary Items to further buff their power.

And for those looking to get their Season plans in early the sets granted by Haedrig’s Gift in Season 20 are: