Speaking to the team at Blizzard about all things Diablo IV, we got confirmation that the team is planning some pretty epic stuff for its post-launch Seasons.
Diablo 4’s Seasons will Change Sanctuary in Dramatic Ways
The Yakuza Remastered Collection Available Now for PlayStation 4
Post by KostaAndreadis @ 01:18pm 12/02/20 | 0 Comments SEGA's Yakuza series of games is finally getting its due this generation thanks to a series of remasters that has seen the long-running franchise make its way to more platforms and markets than ever before. The Yakuza Remastered Collection fills in the remaining gaps with remastered versions of Yakuza 3, 4, and 5 - and its available now for PlayStation 4.

Each title is now playable in 1080p at 60fps with additional and extensive work gone into the re-localisation of each game in this trilogy. With the Yakuza 0 prequel and Yakuza 6: The Song of Life, the entire saga is now playable on a single platform. So, yeah, if you're looking for something new and original and compelling to play - Yakuza has you covered. 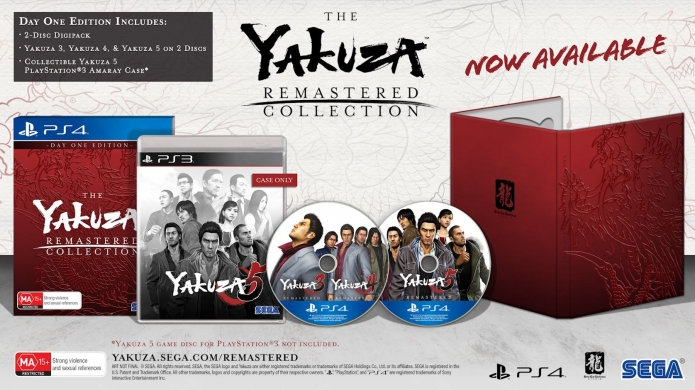 The Yakuza Remastered Collection: Day One Edition, as pictured above, is available for $99.99 RRP that also includes a PS3 case for Yakuza 5 - which is a lovely bonus for fans as that game only got a digital release in the West.