We sit down with Typhoon Studios’ Alex Hutchinson to talk about the studio’s first game, comedy, co-op, and striving to be the fourth-best.
Journey to the Savage Planet - Developer Interview
Intel Extreme Masters to Headline Melbourne Esports Open in 2020
Post by KostaAndreadis @ 12:11pm 11/02/20 | 0 Comments 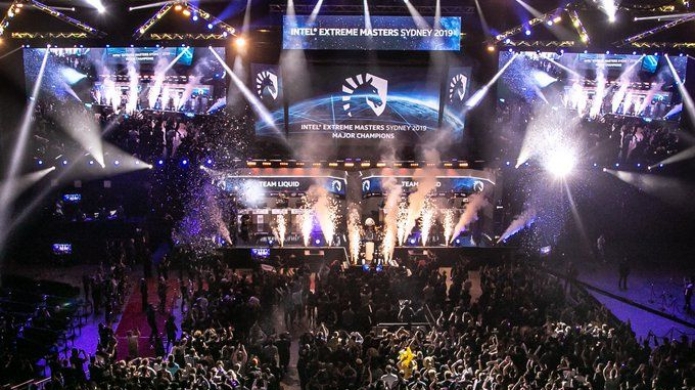 With the recent news that IEM Sydney wouldn't be returning this year comes the follow-up, official word that Intel Extreme Masters (IEM) is coming back to Australia but now as a key part of this year's Melbourne Esports Open. Which is set to take place on the weekend of August 22-23 at Melbourne and Olympic Parks - with IEM competition taking over Rod Laver Arena.

As one of the longest running and biggest esports competitions in the world IEM Melbourne 2020 will feature a $250,000 USD prize pool as some of the best Counter-Strike: Global Offensive (CS:GO) teams from around the world go head-to-head.

"Australian Counter-Strike fans are second to none, and when we had the opportunity to bring IEM to Melbourne, to headline the Melbourne Esports Open, it was a perfect fit," said ESL Vice President Pro Gaming Michal “CARMAC” Blicharz. "Australians have always generated atmospheres that could not be matched by anything else. Coming back for 2020 was a top priority, and the Melbourne Esports Open was a natural match. It will open Intel Extreme Masters to a broader audience and provide CS:GO fans a richer event experience."

Victorian Minister for Tourism, Sport and Major Events Martin Pakula added, "We host major events of all shapes and colours in Victoria and it’s fantastic that we can be a leader in esports."

IEM Melbourne Global Elite tickets ($999 AUD) will also go on sale offering goodie bags, backstage tours, and more. Tickets for both MEO 2020 and IEM Melbourne 2020 go on sale this Friday the 14 of February at 10am - via www.ticketek.com.au or https://iem.gg/melbournetickets.