We sit down with Typhoon Studios’ Alex Hutchinson to talk about the studio’s first game, comedy, co-op, and striving to be the fourth-best.
Journey to the Savage Planet - Developer Interview
New Fallout 76 Wastelanders Info Showcases The Two New Factions Arriving
Post by KostaAndreadis @ 02:31pm 24/01/20 | 0 Comments Which are The Settlers and everybody's favourite (or hated) post-apocalyptic troublemakers Raiders. In a new post introducing what is set to be a major update and rework of the troubled Fallout 76 called Wastelanders we get a glimpse at each new faction's town/hub and a few hints at what players can expect.

Here's a look at The Settlers and their town of Foundation. As the "good guys" faction, The Settlers were founded by ex construction workers - union guys - and have plans to rebuild Appalachia. 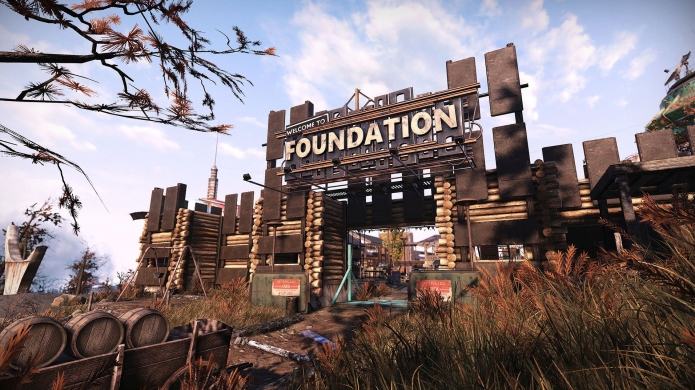 And here's the Raiders who've set up shop in one of Fallout 76's more interesting locales, the crashed space station. Called "Crater" here players can discover and break centuries-old stale bread with the "bad guys". After all, they do wear leather jackets. 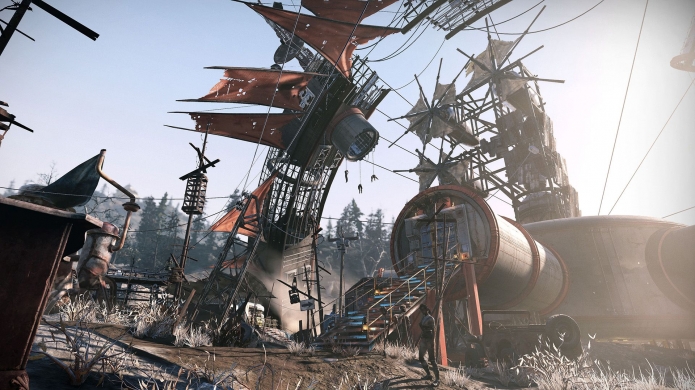 With Wastelanders bringing NPCs to Fallout 76 in a big way, we're keen to see how it all turns out. The post also notes that a reputation system is coming alongside skill-based conversation.

At both Foundation and Crater, you will find completely revamped locations to explore, new vendors to trade with, crafting areas, and plenty of people to talk to. However, your interactions with those people will depend on your reputation with them and how they view you.


As reported previously Wastelanders introduces a brand-new main quest-line alongside the return of human NPCs to interact with.