Sometimes a headline just speaks for itself, and when the trailer you're highlighting begins with "In 1945, Hitler summoned a Nazi zombie army...", you just sort of pay attention, you know?

Zombie Army 4: Dead War from Rebellion is as advertised, you slaying zombies in co-op madness. I actually had a chance to play this at last year's E3 and it was a lot of over-the-top fun, especially with a bunch of us.

The year is 1946. Europe lies in ruins, torn apart by the nefarious “Plan Z.” A brave band of heroes cast the Führer into hell but little do they know… Hitler’s Hordes are back for more!

Face the darkness in single player or team up with friends as you blast your way through Nazi undead in this spine-chilling shooter from the makers of Sniper Elite 4.

Zombie Army 4: Dead War is due out on PC, PS4 and Xbox One early February. Watch the new 101 trailer embedded below. 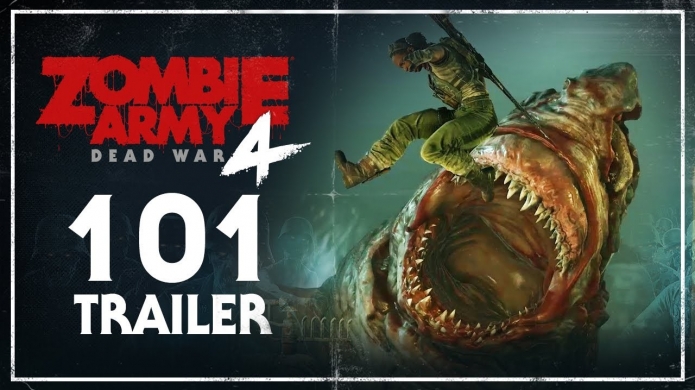