We sit down with Typhoon Studios’ Alex Hutchinson to talk about the studio’s first game, comedy, co-op, and striving to be the fourth-best.
Journey to the Savage Planet - Developer Interview
Steam's Top Sellers for 2019 Only Includes Two Titles From This Year
Post by KostaAndreadis @ 12:35pm 30/12/19 | 1 Comments Those being Sekiro: Shadows Die Twice and Total War: Three Kingdoms - two excellent games, and the only two 2019 releases that made Steam's Platinum list of best sellers for the year. These being the 12 games that generated the most revenue on the digital platform throughout the year.

Which means service-based titles like PUBG, CS: GO, DOTA 2, Rainbow Six: Siege, and Warframe made the cut - alongside a couple of surprises in the form of The Elder Scrolls Online and Destiny 2, the latter of which arrived on Steam a short while ago. Oh, and of course - Grand Theft Auto V.

Moving down to the next tier - Gold - and we get to see a few more 2019 releases show-up including Devil May Cry V, Star Wars Jedi: Fallen Order, and Resident Evil 2. Alongside a few classics like The Witcher III and Total War: Warhammer II. 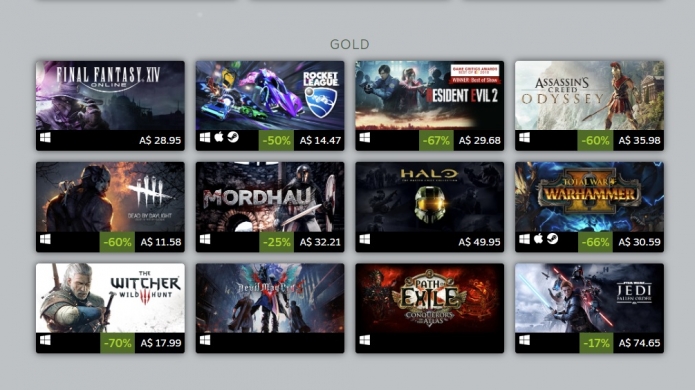 For those wondering, the long-awaited debut of Red Dead Redemption II made it into the Silver category. For the full list - head here.