A celebration of the long-running franchise and a great way to kick off Switch gaming in 2023.
Fire Emblem Engage Review - Strategy Gold
2K Confirms That a New BioShock Game is in Development
Post by KostaAndreadis @ 12:53pm 10/12/19 | 0 Comments 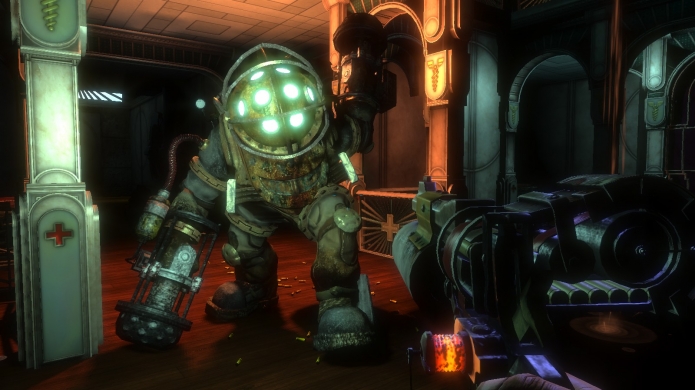 With a new internal studio located across Novato California and Montréal, Québec called Cloud Chamber working on the next game in the BioShock franchise. According to the announcement we'll be waiting a while to hear more as it states the game "will be in development for the next several years".

“As we continue growing our product portfolio, we remain inspired by opportunities to invest further in our valuable IP, great people and their collective, long-term potential,” said David Ismailer, President of 2K. “BioShock is one of the most beloved, critically praised and highest-rated franchises of the last console generation. We can’t wait to see where its powerful narrative and iconic, first-person shooter gameplay head in the future with our new studio team at Cloud Chamber leading the charge.”

Today, @2K announced the founding of Cloud Chamber, its newest development studio. This team of storytellers has begun work on the next iteration of the acclaimed
BioShock franchise, which will be in development for the next several years.

The new studio is being led by industry veteran Kelley Gilmore who was previously at 2K's Firaxis studio working on franchises like XCOM and Sid Meier’s Civilization.

“We founded Cloud Chamber to create yet-to-be-discovered worlds – and their stories within – that push the boundaries of what is possible in the video game medium,” said Kelley Gilmore, Global Studio Head, Cloud Chamber. “Our team believes in the beauty and strength of diversity, in both the makeup of the studio and the nature of its thinking. We are a deeply experienced group of game makers, including many responsible for BioShock’s principal creation, advancement and longstanding notoriety, and honored to be part of the 2K family as stewards of this iconic franchise.”

As per the quotes the announcement offers little in the way of details on the next BioShock but a recent job listing for a 2K position at Novato offers hints that the next BioShock will be a live service-style experience with an end-game.

In the game we’re making, the story itself will come to a conclusion. The world, by contrast, is something we are designing to be alive and engaging past the main narrative arc. To leverage this, we want to build a post-narrative set of systems, quests and player progression that gives our fanatic fangirls and fanboys more content to experience on an ongoing, live-services basis.


As development is still quite early odds are that this will debut on both the PlayStation 5 and Xbox Scarlett after each console launches in late 2020.