The latest June 2020 quarterly update on Diablo IV is a treasure trove of new info, so let’s break it down.
Diablo 4 Update – Open World, Events, Legendary Gear, and More
Blizzard Were Thinking About Overwatch 2 Before They Shipped the First Game
Post by KostaAndreadis @ 04:03pm 27/11/19 | 0 Comments In a new interview and Overwatch 2 feature over at Red Bull Games, Game Director Jeff Kaplan reveals that the team was thinking about a sequel before the originl game launched. And it all had to do with figuring out how to create story content for a then 6v6 competitive-only team shooter.

“We had the idea for Overwatch 2 before we launched the original game,” Jeff tells Red Bull Games. “We knew the original game was all about 6v6 team-based combat, and we knew that's what the game was going to be. And the timeline we were on during development, that's all the game could be." 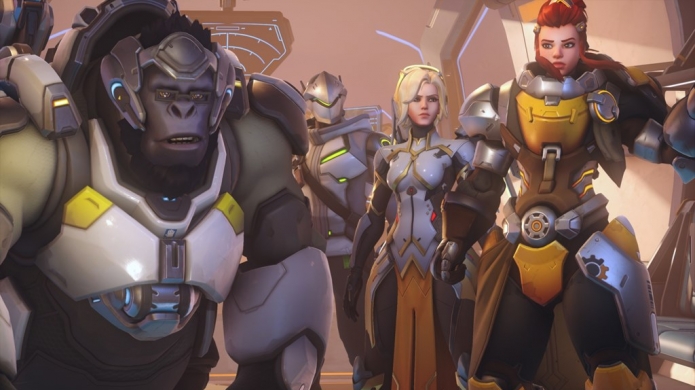 With a big part of the Overwatch 2 picture being about story, with Story Missions and Hero Missions joining the PvP line-up, Jeff also confirms that Overwatch events like Junkenstein's Revenge and Archives Missions could be seen as prototypes and the team experimenting with ideas for the sequel.

“As we began to form the idea for Overwatch 2," Jeff adds. "Where we could deliver this great story and narrative experience and create things like Hero Missions, we didn’t know how to make any of it. Junkenstein’s Revenge was the very first experiment and then we came up with the Archives Missions, with each new thing pushing us to learn more about the limitations of our engine. It was like prototyping what we were planning.”

Overwatch 2 got its big reveal at BlizzCon early this month, and one of the most interesting aspects of the game is that Blizzard is planning to give all the new maps, modes, and heroes created for the sequel to players of the original. With the two games to essentially merge, as to avoid splitting the player-base, with the co-op PvE content to be sold separately.