A celebration of the long-running franchise and a great way to kick off Switch gaming in 2023.
Fire Emblem Engage Review - Strategy Gold
Ghost Recon Breakpoint Team Pledges to Un-Break the Game
Post by KostaAndreadis @ 01:20pm 29/10/19 | 0 Comments

With a new post by the Ubisoft team who developed the game outlining its plans to continue supporting the title with updates based on player feedback, fixes, new additions, and the existing content it has planned. Such as the in-game Raid, which is on track for a December release.

We can’t stress enough how much we appreciate you taking the time to share your thoughts about the game. And while these first weeks have been rougher than expected, we are taking your feedback to heart. We deeply care about this game, the Ghost Recon franchise and you, our community of players, and are committed to improving it. 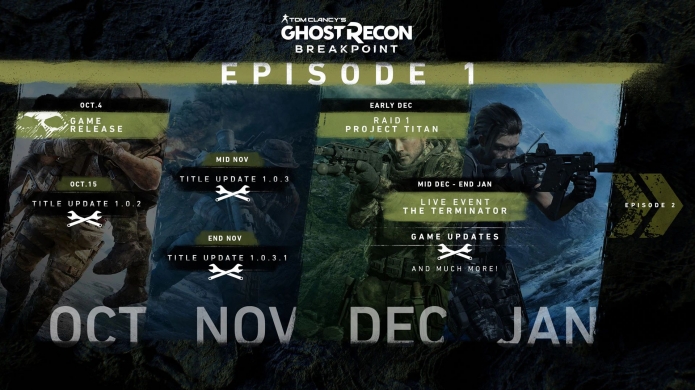 The post also confirms that members of the development team have met with players in real-life to discuss the release and what they can do to improve the somewhat disastrous launch. Which, led to Ubisoft CEO Yves Guillemot highlighting the game's issues in a financial report and even going so far as to delay other titles like Watch Dogs: Legion to ensure quality and polish from day one.

The post is fairly open and honest too, highlighting that the main focus for the team will be to "improve the technical state of the game" with patches set to roll-out in a timely fashion. The first major patch dropped a week or so ago with the next one due in mid-November.

The second priority will be on post-launch content for players - to ensure that events and things like the Raid are released into the game. From there the team also plan to address issues with the in-game economy to make it "more comfortable" for players, add AI companions to the single-player mode, and also the option to fine-tune the survival aspects which are for the most part not all that important or relevant in the current game.

We know that we have a lot of work ahead of us to get the game where you want it to be, and that not everything will be addressed or released as fast as all of you might like. Big changes can take time to make sure they are done right, but we still want to be as transparent as we can about the current state of development.


And with Ubisoft's history of sticking with titles and improving them over time no doubt Ghost Recon Breakpoint will be a very different experience come 2020.