With the sequel to Paradox Development Studio's medieval strategy series set to make the switch to full 3D character models and a highly detailed map. The announcement trailer plays up the "live out your old timey fantasy of ruling a kingdom" with a stylish cinematic, with the announcement also noting that Crusader Kings III will be more welcoming to newcomers to its style of grand strategy.

With the description from Paradox Interactive calling it "a firm step in the direction of a new generation of grand strategy games".

Guide unique characters through history, choosing lifestyles best suited to their personalities and your ambitions.
Dynasties will change and adapt to changes in family and politics, and religious beliefs are more firmly under your control.
Use your vassals’ fear of you as a weapon or call on familial obligations to persuade reluctant relatives to submit.
Stranger than fiction stories leap off the screen, as characters plot against you and events push you to extremes.
Guided advice to help newcomers navigate a rich medieval world. In-game suggestions tip you off to paths you might not have considered.
Keep a stubborn council in line, scheme against your overbearing uncle or marry the rich duchy...oops, I mean pious duke or duchess of your dreams.


“Crusader Kings III is a grand medieval simulator where you are free to live out any plausible ruler fantasy that we could think of - but not without challenge.” says Henrik Fåhraeus, the Game Director. “Seeing its predecessor explode in popularity was very satisfying, especially considering that user friendliness was never our primary goal. Now we have a chance to address an even larger audience.”

Here are a couple of screenshots which showcase the new Total War meets Civilization visuals. 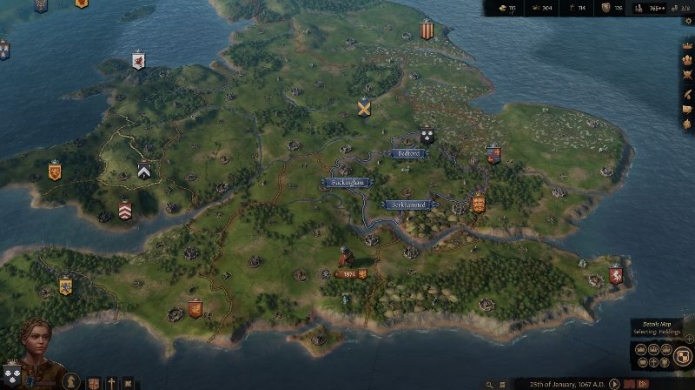 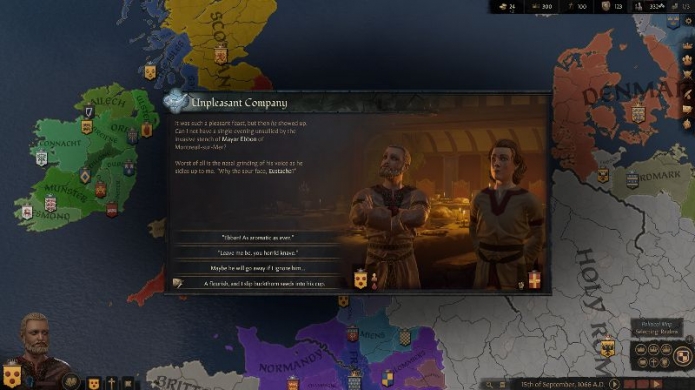 Crusader Kings III is due to arrive in 2020, where it will be available for PC via Steam and as part of Xbox Game Pass for PC.