The PS5 has landed a couple of timed exclusives so we look at Godfall from New(ish) Kids on the Block, Counterplay.
Godfall Review - Godly Ascension, or a Fall from Grace
16-Bit Console Wars Genesis - Our Full SEGA Mega Drive Mini Review
Post by KostaAndreadis @ 04:56pm 16/09/19 | 1 Comments

Adam 'Griz' Matthew has spent a week deep in the glorious 16-bit worlds of the SEGA Mega Drive Mini, where he has rekindled his love for many of the classic games from the era. Plus, dug up some memories of that one time as a youngster he was enlisted into the Great War. That being, the 16-bit consoles war between Sega and Nintendo.

And he's quick to point out that this isn't the first time Sega's dipped back into the 1900s to release a 16-bit compilation - but it might be the most impressive. 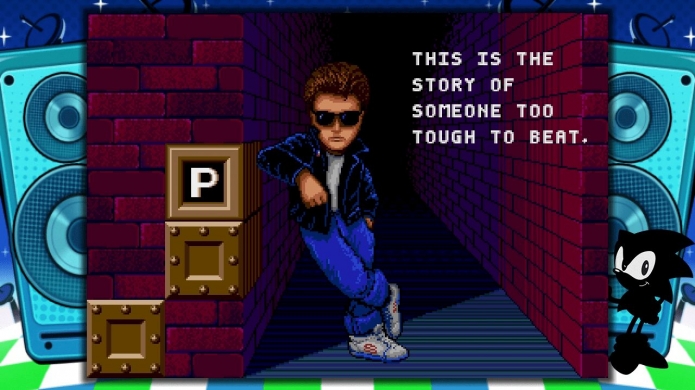 A search on EB Games will reveal at least two other tiny, quasi-official Mega Drive consoles. Likewise, it seems to be gaming law that you can't release a new system without having a Mega Drive Collection rock up.

Basically, if nostalgia was a stock, Sega's would be at a low. The market is about as flooded as that damned Aquatic Ruin Zone in Sonic the Hedhehog 2. That being said, what's on offer here is a bonafide official experience. We're talking authenticity and accuracy, both in the feel of those button presses and the replication of 16-bit “Blast Processing” on your telly. Like a righteous Gilius Thunderhead, the Mini kicks its lesser dwarven rivals in the face and secures the true OG magic for itself.