With Gears 5 playable today for Xbox Game Pass subscribers, Xbox ANZ is celebrating the occasion by creating some "bespoke unisex jewellery inspired by the iconography of the fan-favourite franchise". In the form of a ring and a pendant presented in silver and displaying the iconic Gears COG tag. And skull, which is there too.

Designed by Australian designer Jason Moss, taking inspiration from the franchise and Gears 5 protagonist Kait's own mysterious necklace, Xbox ANZ has created 100 of each of these - and is going to be giving fans the chance to win their very own piece of luxurious Gears 5 history via Facebook.

And because our jewellery describing game is a little rusty these days we'll leave you with pics and their official descriptions. 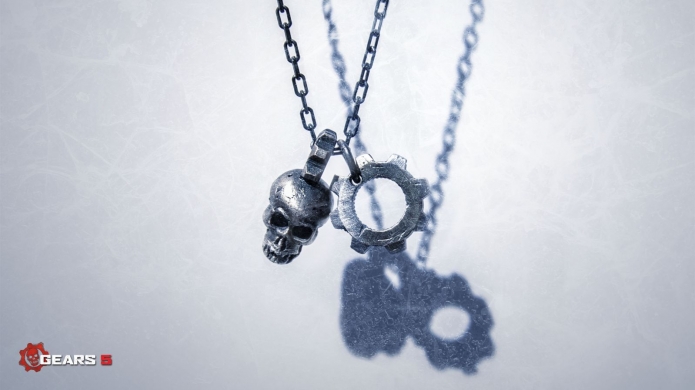 The pendant pays homage to the iconic Gears COG tag and the trials and tribulations faced by our heroes. Featuring a split Crimson Omen interweaved on a chain necklace, the piece is weighted like the expectations placed on the Gears shoulders to save humanity. 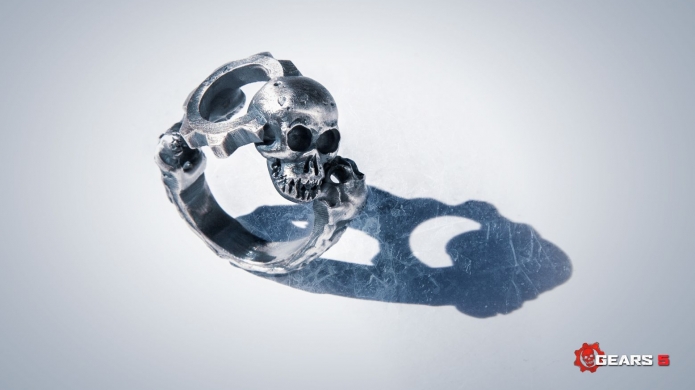 The ring sees an entangled Crimson Omen take centre stage. It features a complex design reflective of the unanswered questions of Kait’s bloodline, and the tensions bubbling under the surface as the squad fights off the Swarm and learns about her past.