With the PC launch of Borderlands 3 via the Epic Games Store happening at exactly 12:01 a.m. British Summer Time on September 13 - this means the game won't be playable until September 13, 2019 at 09:00 AEST. A full 9 hours later than the 00:00 AEST midnight launch on Xbox One and PlayStation 4. So, technically, a delay of sorts.

Well not really, but hey - no midnight Borderlands 3 release for PC players. So we'd though we'd post that headline.

Here are the Borderlands 3 global launch times for the console version. 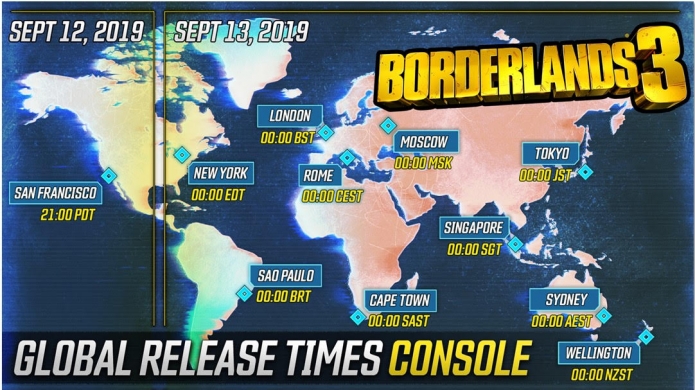 And here's the PC launch schedule. 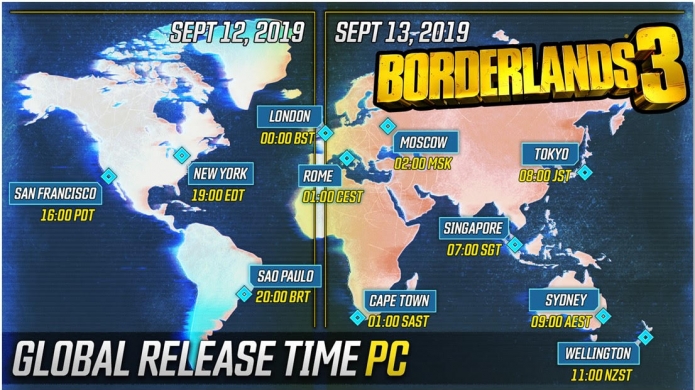 The good news is that unlike previous reports, including our own, you'll be able to pre-load the PC version from roughly 48-hours prior to launch via the Epic Games Store. Which should be just enough time to get it all ready using cutting those cutting edge Australian internet speeds.