Join us as we go through the best games of the year, one day at a time from January 1...
We Countdown Our Top 10 Games of 2021!
Apex Legends Developer Respawn Apologises for its Loot Box Filled Iron Crown Event
Post by KostaAndreadis @ 03:57pm 19/08/19 | 0 Comments

Where most of the Iron Crown Collection cosmetics as part of the new event were locked away behind loot boxes - and a special Bloodhound set containing an axe and other tid-bits locked behind the act of spending hundreds of dollars on said loot boxes. And then having to spend more money on top of that. Naturally, the collective response by the Apex Legends community was one of anger. Forcing developer Respawn to apologise for its overly Golden Fleece-y behaviour. And to make changes.

With Respawn's Drew McCoy going so far as to publish a full response on the Apex site, which states.

With the Iron Crown event we missed the mark when we broke our promise by making Apex Packs the only way to get what many consider to be the coolest skins we’ve released.

We’ve heard you and have spent a lot of time this week discussing the feedback and how we structure events in the future, as well as changes that we will make to Iron Crown.


Which then leads to the revelation that each of the new cosmetics will rotate into the store over the course of the event, with each of the new ones being sold at the current Legendary skin price of 1,800 Apex Coins. A fairly straight-forwards fix, and really, one that should have been implemented in the first place. Here's the schedule for the cosmetic rollout. 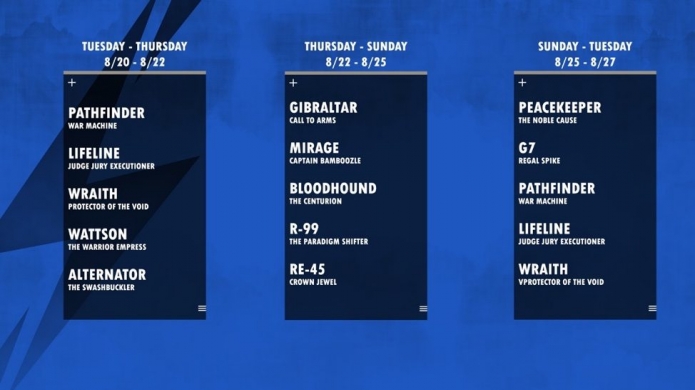 With Apex Legends it is very important to us that we don’t sell a competitive advantage. Our goal has not been to squeeze every last dime out of our players, and we have structured the game so that all players benefit from those who choose to spend money - events like Legendary Hunt or Iron Crown exist so that we can continue to invest in creating more free content for all players. This week has been a huge learning experience for us and we’re taking the lessons forward to continue bringing the best possible experience to all of you.


It didn't there though as a the backlash continued on Reddit, with Respawn's Drew McCoy commenting and calling certain members of the community "ass-hats".

"I've been in the industry long enough to remember when players weren't complete ass-hats to developers and it was pretty neat. I forged a bunch of long lasting relationships from back then. Would be awesome to get back there, and not engaging with toxic people or asking "how high" when a mob screams "jump" is hopefully a start."

This then sparked a fairly heated exchange, with community manager Jay Frechette chiming in to defend his colleague, "So it's fine for you all to call us liars, full of shit, and other personal attacks when we communicate an apology and update to the event but we're 'immature' when we call people out on it. Got it."