A celebration of the long-running franchise and a great way to kick off Switch gaming in 2023.
Fire Emblem Engage Review - Strategy Gold
Konami Announces a Contra Anniversary Collection Coming this Winter
Post by KostaAndreadis @ 02:45pm 29/05/19 | 2 Comments Konami's Contra series is one of the most beloved of the 8-bit and 16-bit eras, as it blended side-scrolling action with co-op gameplay and a great line-up of weapons. In Australia though, due to European laws surrounding violence and political imagery in games, the home versions we got were called Probotector and Super Probotector.

With fighter dudes and series protagonists Bill and Lance replaced with fighting robots and robot related foes. Which makes the addition of these versions of the Contra games, alongside special Japanese releases, very cool indeed. And positions the Contra Anniversary Collection as a comprehensive package of Konami's classic action franchise - where everything from the original arcade game to that one Game Boy release included. 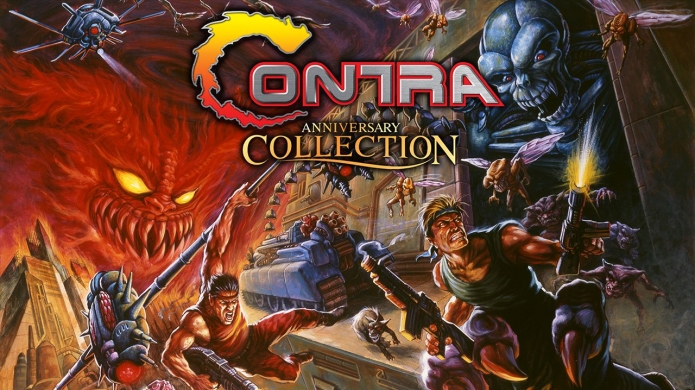 Additional regional and platform variants of the above will also be available as free downloads - again, very cool. The Contra Anniversary Collection will be available digitally on PlayStation 4, Xbox One, Nintendo Switch and PC (via Steam) this winter and joins the recent release of a similarly comprehensive Castlevania Collection.

KostaAndreadis
Posted 05:00pm 29/5/19
Commenting has been locked for this item.