Is it game enough to fill the Gerudo Valley-sized gap in our collective souls? Can it quench the unquenchable heart that lies still, awaiting the return of Link in Breath of the Wild 2?
Hyrule Warriors: Age of Calamity Review - A Link to the Past
New Report Details Star Citizen's Costly Development
Post by KostaAndreadis @ 05:22pm 06/05/19 | 2 Comments 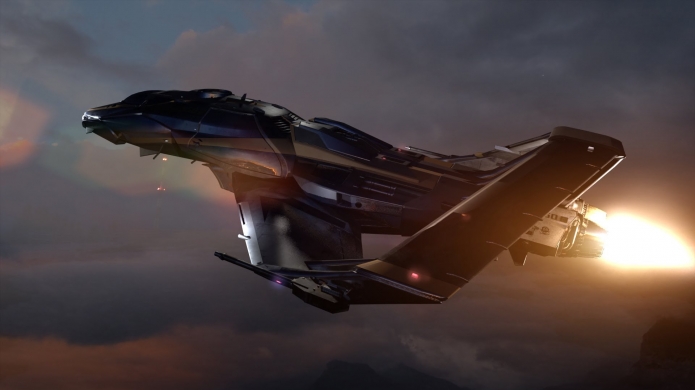 Over at Forbes there's a new article delving into the lengthy and somewhat troubled development of Star Citizen and it's star-studded single-player offshoot Squadron 42. With over $288 million raised in funding to date, most of it from the game's community, the report states that at the end of 2017 - Cloud Imperium Games was down to just $14 million.

Summed up by the following statement, as the article features responses from Star Citizen's main creative force - Chris Roberts, in addition to input from current and former employees, and players themselves.

This is not fraud — Roberts really is working on a game — but it is incompetence and mismanagement on a galactic scale. The heedless waste is fueled by easy money raised through crowdfunding, a Wild West territory nearly free of regulators and rules.


The latter part is in reference to the practice of selling in-game star-ships, either playable or not in the game's current Alpha state, available to purchase for hundreds or even thousands of dollars. A feature that accounts for a large chunk of Star Citizen's continued funding.

Although the article is quick to note that Roberts has been able to secure other outside funding for Star Citizen - including a $46 million investment last year dedicated to marketing. The development process itself - which is focused on small details in a large unfocused canvas - is showing no sign of getting anywhere near completion. According to the report and former employees working on the game, Roberts is a "micromanager and poor steward of resources" with development being chaotic.

The report also uncovered well over 100 complaints filed with the U.S.'s Federal Trade Commission concerning refund requests of up to $24,000. One of the complaints notes, "The game they promised us can't even barely run. The performance is terrible and it's still in an 'Alpha' state. I want out. They lied to us."

Even though it paints a worrying picture for the future of Star Citizen, the game recently hit a version 3.5 milestone that introduced a large city-planet, female player models, and a new in-atmosphere flight model. But with word that the single-player Squadron 42 is still years from being in playable state, odds are there's still plenty more crowdfunding and money raising to go.