The World Game is back, natch, so we go through all the big changes coming in EA’s FIFA 21.
FIFA 21 Preview - Inside the Big Gameplay Changes Coming
Shenmue 3 Brings Back the Forklift
Post by KostaAndreadis @ 04:51pm 12/04/19 | 1 Comments For those that have played Shenmue, the forklift represents quite a big part of the series. Mainly because across the first two games protagonist Ryo gets part-time jobs at different warehouses - which involves using a forklift to move around crates from one location to another. With lunch breaks, and some forklift racing before each work-day begins.

The following screenshot released by developer Ys Net and publisher Deep Silver paints a very Shenmue picture - and all but confirms the return of the part-time warehouse job for Ryo. And the moving of crates from one location to another. 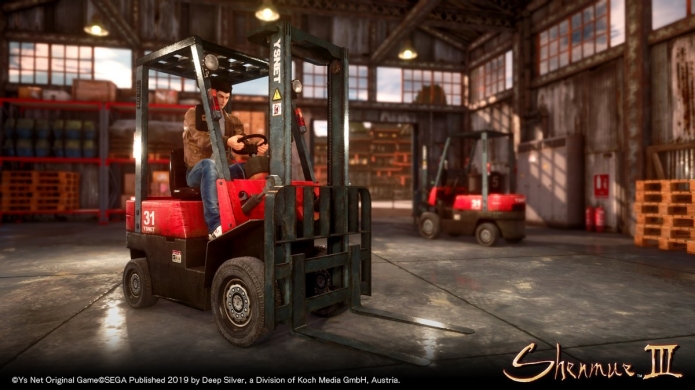 Of course since the release of Shenmue the idea of getting a job in-game or completing a menial task isn't quite as strange as it once was. That said, here's hoping this also means the return of forklift racing.