Shadowy improvements that are often so subtle you have to go searching for them.
Call of Duty: Modern Warfare RTX Breakdown
Here Come the Zombies - New World War Z Trailer Showcases Hordes of the Undead
Post by KostaAndreadis @ 04:38pm 27/02/19 | 0 Comments 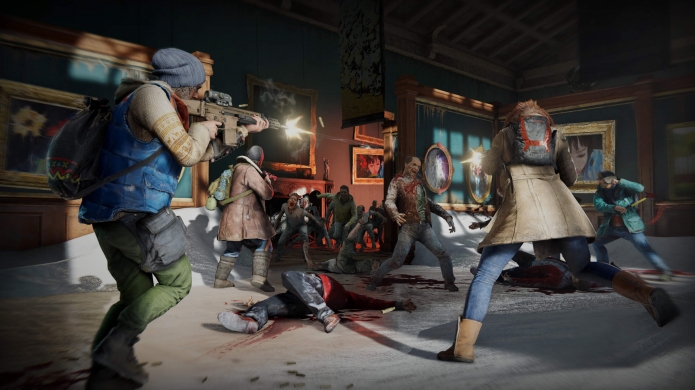 World War Z, the zombie film based on a popular novel starring Bradley Pitt, came out in... *check notes*... 2013. A videogame based on a six year-old movie property, to be released in 2019, may not sound like a plan - but there's always room for a Left 4 Dead-style zombie shooter. A good one.

And with World War Z looking to recreate the massive hordes of zombies seen in the film, that run and swarm over barriers and into environments - it certainly has potential.

For those with a discerning ear for millennium pop-metal, you'll no doubt recognise the song utilised in the trailer as P.O.D's 'Here Comes the Boom'. A strange and dated musical choice to go alongside the action, which admittedly looks pretty intense. Coming from veteran studio Saber Interactive (Halo Online, Quake Champions) there's a good chance this could turn out to be a lot of fun - with an additional PvEvP mode also coming at launch.

World War Z releases on April 16 for PlayStation 4, Xbox One, and PC. Where it will be available exclusively via the Epic Games Store.