It says a lot about the fact this is the first title update to Red Dead Online given it's not only still in beta, but has also been out in the wild for quite awhile now. And rather than just dropping in fixes and balance, the update brings with it a plethora of new content and gameplay opportunities.

The update itself isn't available until next week (February 26), but chief among the additions of new weapons, a Showdown mode, Races, Clothing and Emotes, a new Free Roam event called Fool's Gold features a gold Ned Kelly suit. 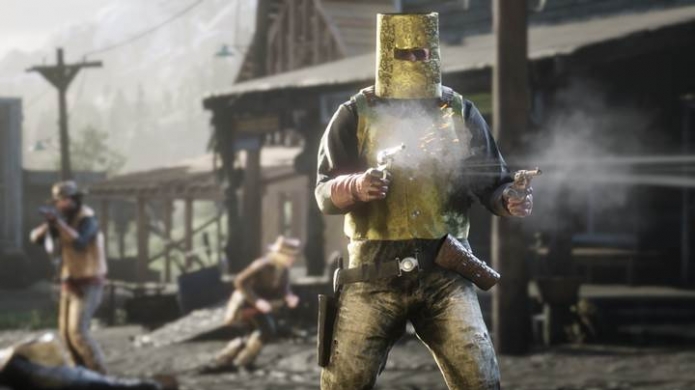 New Gameplay
New additions will include the Fool’s Gold Free Roam Event, where players will compete to control an equal parts gaudy and protective suit of Golden Armour. Fight to take down the armour wearer to earn points and claim it as your own, then turn the tables and earn points for kills while wearing the armour.

Competitive Challenges gets a fresh catch with Fishing Challenges. Fishing Challenges are broken out by type, opt in to the challenge and you’ll receive all the equipment necessary to compete including the rod as well lures and bait specific to the challenge type, whether it’s crickets for a river challenge, crayfish for the swamp or worms for lakes. Then head to an appropriate body of water to take part – also, you’ll be made safe from the nuisance of trigger-happy outlaws while you are taking the challenge. Catch the highest weight total of fish to win.

Also on the way are three new Showdown Modes where players and teams compete to capture and deliver bags, steal loot from each other and survive. Stay tuned for more details around Up in Smoke, Spoils of War and Plunder. Races will also see a new variation with Target Races where players shoot targets from horseback to pass checkpoints as they race along a track to the finish line.

New Weapons
B.D. and Co. is turning out the high grade, high capacity Evans Repeater rifle. The Rare Shotgun is D.D. Packenbush’s latest variation of the powerful double-barreled longarm. Sporting an antique style faded brass finish and an artfully adorned stock. Both weapons will be available via the Wheeler & Rawson Catalogue and local Gunsmiths.

New Clothing and Emotes
A wide range of new clothing to further customize your character – from the snake adorned Diamondback Hat to the fur trimmed Rutledge Vest – is also on the way with new Outfits, Jackets, Boots, Coats, Gloves, Hats, Vests and more. In addition to all the clothing that will be available for purchase at your leisure, keep an eye on the shops and the Catalogue for unique special items that will come and go. A variety of new Emotes is also on the way – featuring everything from greets to reactions and taunts.

PS4 Early Access Content
In addition to new Target Races, PlayStation 4 players will have early access to Open Target Races where you compete in an open space to take out the most targets on horseback. PS4 players will also get early access to the Jawbone Knife, a unique melee weapon with a handle artfully carved from the remains of a slain animal’s jaw, as well as a range of new clothing options and 3 new Emotes.

Bonus XP This Week
Play the Red Dead Online Beta all this week to earn 20% more XP on all activities ahead of the launch of these new updates on February 26. And be sure to look out for new bonuses, giveaways, promotions and content updates weekly, as we continue to build, balance and evolve the world of Red Dead Online. 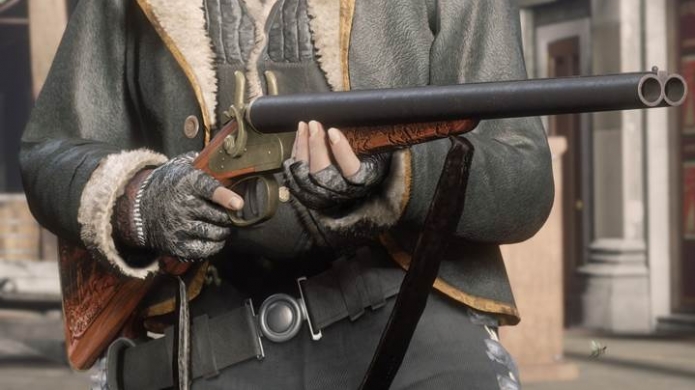 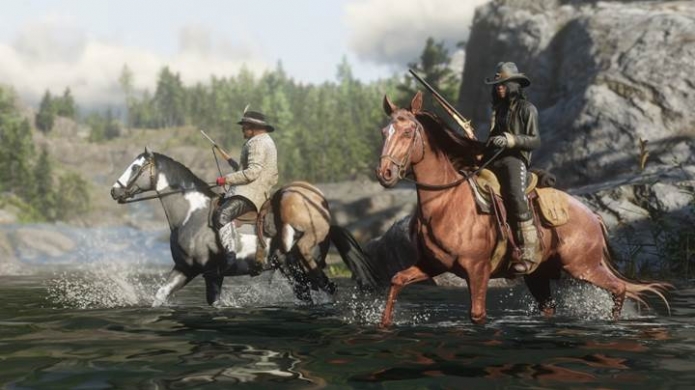