A look at the new free-to-play Overwatch 2 and what to expect with Season at launch.
Overwatch 2 Battle Pass, New Hero Unlocks, and Seasons Explained
Will the Real Pinkertons Please Stand Up, for the Honourable Judge Judy
Post by Steve Farrelly @ 04:47pm 16/01/19 | 2 Comments I'm giving myself a pat on the back for that headline, but to the actual details behind it: the real Pinkerton agency, now a subsidiary of Securitas AB and also now known as Pinkerton Consulting & Investigations, is incensed that Take-Two and Rockstar have made so much money off the success of Red Dead Redemption 2, and seemingly want a piece of that pie because they 'appear' in the game. 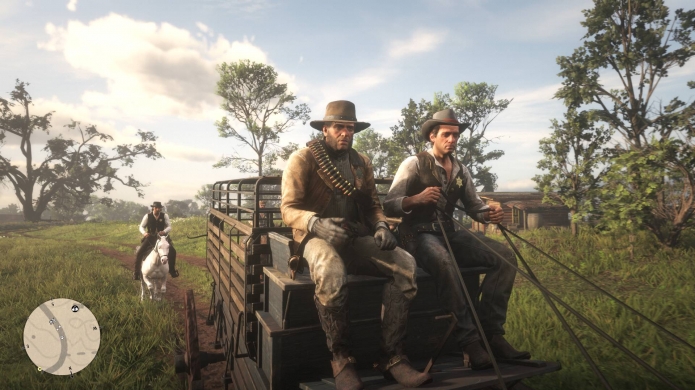 To be fair, the agency does appear in the game and has a substantial role to play in its story, but they're also a part of US history -- specifically around the era in which the game is set. The Pinkertons, as a result of, you know, being a part of US history have also appeared in popular movies and TV series based on the Wild West, such as their consistent mentions and appearances in Dead Wood.

Now, thanks to a report over at The Verge, we've learnt that the Pinkertons have sent a cease-and-desist order to Take-Two in regards to Red Dead Redemption 2 and their inclusion in the game, while also demanding either a cash settlement or continued royalties. Take-Two, however, is having none of this, filing their own lawsuit against the Pinkerton agency, suing them for attempting to profit off the success of the game, while citing the aforementioned inclusion of the agency in other forms of media. Their suit claims this is a violation of their First Amendments rights saying:

Historical fiction— television, movies, plays, books, and games — would suffer greatly if trademark claims like [Pinkerton’s] could even possibly succeed. [Pinkerton] cannot use trademark law to own the past.

The full story over at The Verge features comments from the Pinkertons in response to Take-Two's suit, as well as the publisher's full filing as submitted, for those of you versed in legalese.

Do you think they're entitled to any form of restitution for their inclusion in the fiction?