Which is reverses the usual gaming laptop design to include all hardware behind the screen - essentially creating the world's most powerful Surface, thanks to NVIDIA GeForce RTX graphics and Intel Core i9 processor. Okay, it's more than that. The new design is apparently for those that laptop on a desk, where performance benefits from improved cooling. Due to the more open desktop like airflow.

As per the description, The Mothership, sounds impressive. The CPU is said to come with a 12% overclock as standard.


Better cooling allows us to push the CPU and GPU beyond stock speeds and still sustain exceptional performance with demanding workloads. The factory overclocked core is complemented by a strong supporting cast that includes an insanely fast RAID 0 array with three NVMe SSDs, plus next-gen networking that enables greater than gigabit speeds for both wired and wireless connections.


Multiple SSDs, RTX and CPU overclocking - yeah it's a beast. And the end result of three years of design. Which includes "four heatsinks lined with 375 ultra-thin copper fins". Impressie. A great desktop and laptop hybrid, but asof writing there's no word yet on a local release date or pricing. For more on The Mothership head here. 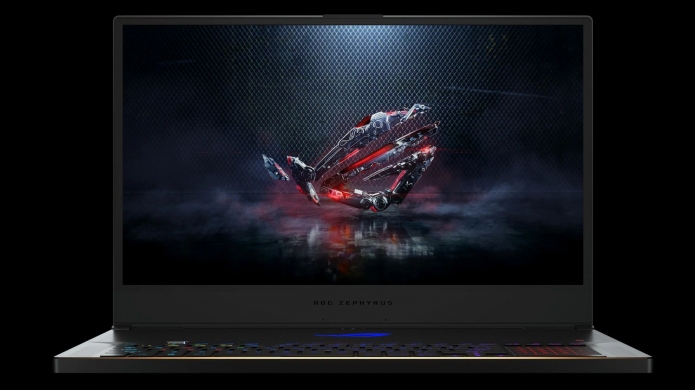 Like the final scene of Close Encounters of the Third Kind let's disembark from the Morthership and come back down to earth. And by that we mean ASUS updating its existing lineup of impressive gaming laptops. Starting at the top with the ZEPHYRUS S GX701 (from $3,999 RRP) reaffirming it's claim as the world's thinnest gaming laptop, but now with NVIDIA GeForce RTX Max-Q. One of coolest new features is Type-C charging support which means being able to charge without the large bulky power pack. The impressive ROG Strix SCAR II and ROG Strix Hero II duo - which we reviewed last year - is also getting updated with, you guessed it, new RTX graphics. Namely with the recently announced RTX 2060. Also getting updated is the ROG G703.

For more details on the full lineup head here. And stay tuned to AusGamers as we'll be taking closer looks at the ASUS ROG line throughout the year.