We sit down with Typhoon Studios’ Alex Hutchinson to talk about the studio’s first game, comedy, co-op, and striving to be the fourth-best.
Journey to the Savage Planet - Developer Interview
Xbox Game Pass Expands with PUGB, Ori, Hellblade, and More - Alongside Limited Time $1 Subscription
Post by KostaAndreadis @ 04:15pm 11/11/18 | 0 Comments

With PlayerUnknown’s Battlegrounds (PUBG) arriving on Xbox Game Pass tomorrow. With November and December seeing the arrival of a number of notable releases including Agents of Mayhem, MXGP3 and Thomas Was Alone this month and Ori and the Blind Forest, Kingdom Two Crowns and Hellblade: Senua’s Sacrifice in December. Plus, a number of cool looking indie titles launching day and date over the holiday period.

Which will no doubt bring a larger audience to Aftercharge, Supermarket Shriek, Mutant Year Zero, Pathologic 2, The Good Life, Void Bastards, and Secret Neighbor when they make their console debuts on Xbox Game Pass. With with arrival of Ori and the Blind Forest, Microsoft has also confirmed that Ori and the Will of the Wisps will be headed to Xbox Game Pass in 2019 when it releases.

And with as Xbox Game Pass subscription now available for $1 for the first month, there's no better time to sign up. 6-month subscriptions have also been discounted by 50% which represents excellent value at just over $30 for a huge library of titles to play. 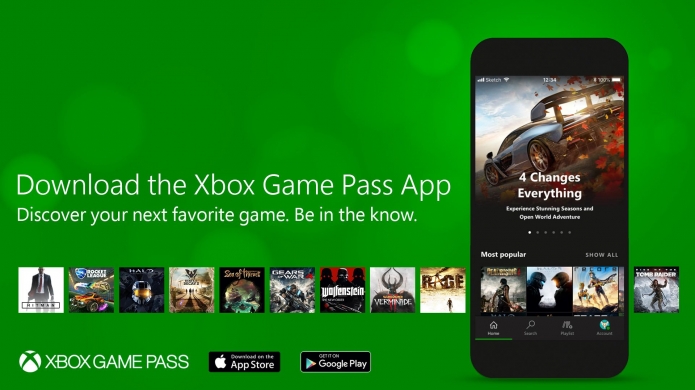 And with the launch of the the Xbox Game Pass app on iOS and Android this weekend it has never been easier to browse through the library to discover new titles and get them installed without even having to fire up you Xbox One. Yeah, we're huge fans of the service. After signing up recently we can see just why Microsoft is moving in this Netflix-like direction.