We sit down with Typhoon Studios’ Alex Hutchinson to talk about the studio’s first game, comedy, co-op, and striving to be the fourth-best.
Journey to the Savage Planet - Developer Interview
Star Citizen Raised Over $1 Million in Crowdfunding Last Week
Post by KostaAndreadis @ 12:09pm 15/10/18 | 0 Comments Which probably means that the long-in-development project will hit $200 million USD in funding before long. The spike came following the debut of version Alpha 3.3 of the game, fan convention CitizenCon, and the debut of a new cinematic trailer for the single-player star-studded off-shoot Squadron 42. 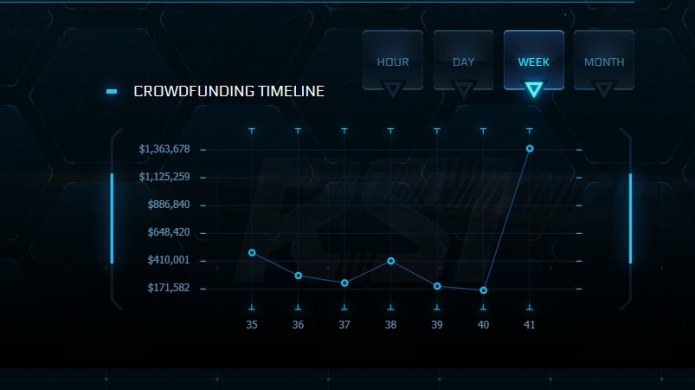 Naturally, the way in which the game continues to earn money continues to be troublesome to many with more purchasable ships being added costing over $300 USD or over $700 USD with added bonuses and weird in-game insurance policies.

It's gotten to the point where flashy trailers that double as commercials for new ships to buy with real-world money has become the norm.

With the game itself continuing to add ambitious new elements, there's seemingly no real end in sight in terms of the roadmap to release for Star Citizen. Cloud Imperium has noted that we'd find out exactly what's up with Squadron 43 before the year is out though.