Set inside a volcano. The first of seven planned DLC adventures for Shadow of the Tomb Raider, is set to release on November 13 for Xbox, PS4, and PC and will take Lara to "the lava-flooded Forge of the fallen gods" in order to "uncover the secrets of Kuwaq Yaku". 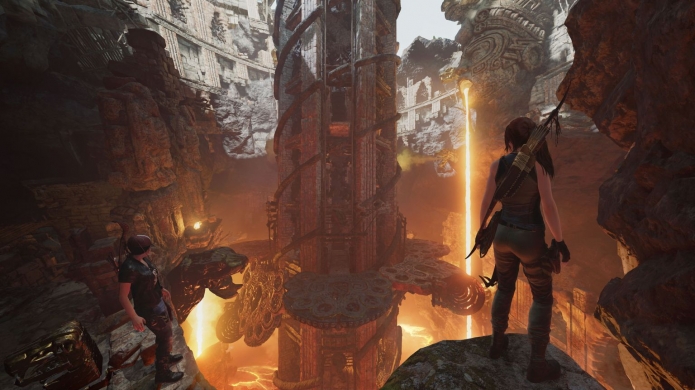 No further details outside of some art and the above screenshot have been provided - outside of the introduction of a new challenge tomb and rewards in the form of a Grenadier skill, Brocken outfit, and Umbrage 3-80 weapon upon completion. Part of the Shadow of the Tomb Raider Season Pass, and sold separately, 'The Forge' begins a monthly drop of new Tomb Raider content.

For our full review of Shadow of the Tomb Raider, head here.

tomb raiderdlcforgeco-opshadow of the tomb raider