Across animals, birds, and fish, including 19 different breeds of horses in the game. In a new wildlife themed update Rockstar provides some info on just how much detail is going into the world itself, where deer and bison roam the plains in large herds and salmon correctly swim upstream.

Deer, bison and pronghorn traverse the plains in large herds, scavengers quickly sniff out carrion, sockeye salmon leap upstream, wolves attack in packs surrounding their prey, geese fly in fixed formations, possums play dead, rodents scamper into tree hollows, grizzly bears bluff charge when threatened, and birds of prey soar on thermals. They all form part of a complex ecosystem and must continually fight for their place on the food chain. The wilderness is at once a bountiful and perilous place, for both man and beast, and any predator can quickly turn prey.


It all sounds quite remarkable, which naturally leads to the hunting and fishing side of the experience. Where not only pelts and meat can be sold at towns but also taken back to camp for food and other crafting. Even the quality of the elements you can get will vary depending on the way in which the animal was killed and what rifle was used.

In Red Dead Redemption 2 your horse is also treated as a companion where feeding and grooming play a part in their stamina, performance and handling. That and an outlet for creativity with countless combinations of saddles, horns, stirrups, and spurs.

Here's a fresh batch of screens. 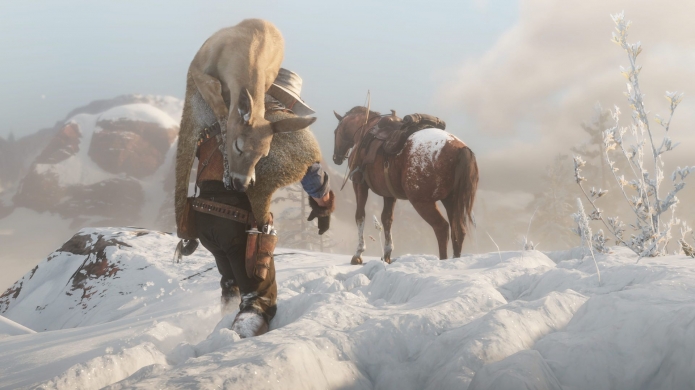 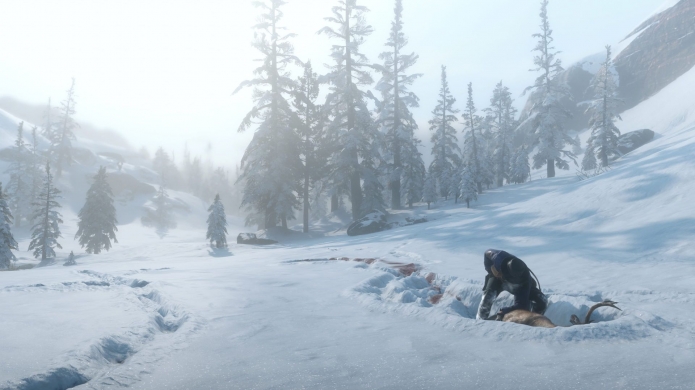 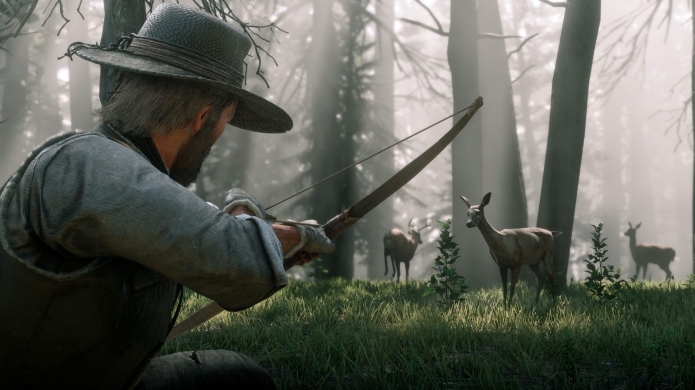 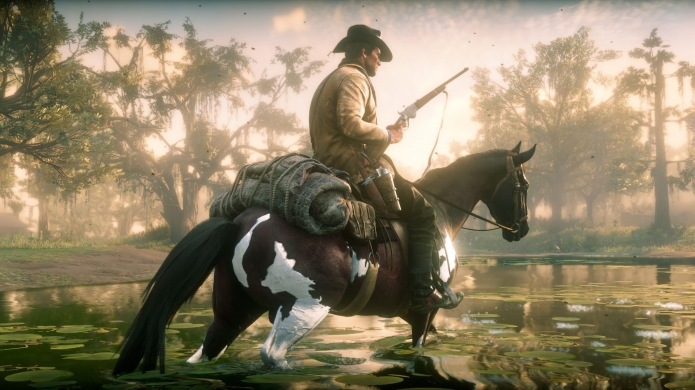 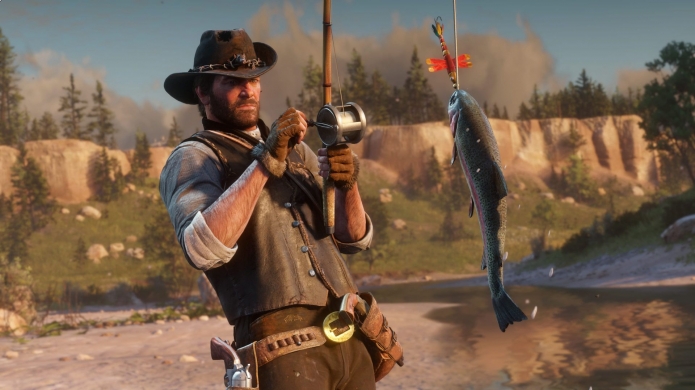