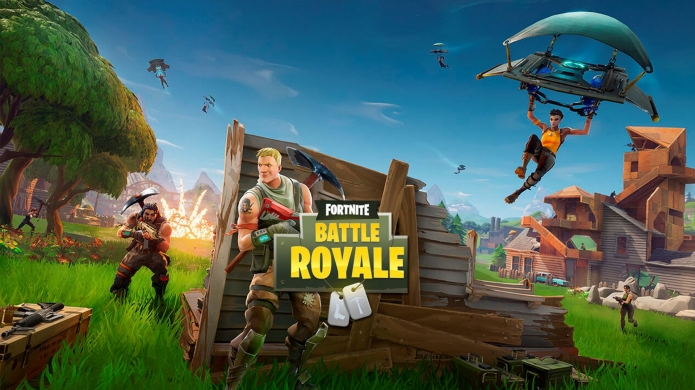 And by all signs we of course mean credible sources within the Rumour Realm - that magical place where one can hear whispers of when the next Elder Scrolls game proper might be coming. Plus, find that one dude who won't shut up about Half-Life 3. Anyway, as per multiple sources (including leaked E3 materials featuring third-party Nintendo Switch titles) Epic Games is right on the cusp of announcing that Fortnite is coming to the platform.

Which you can chalk up to the inevitable. Because it would have been kind of weird to have Fortnite on every console, PC, and mobile platform, and not on Nintendo Switch. And so it makes sense that Nintendo would be holding onto this one for a big E3 reveal.

Leaked Switch games that might be announced at E3...

FORTNITE IN THE SWITCH!?!?! pic.twitter.com/rI8KCuMQSQ

Perhaps alongside some Mario-specific or Nintendo-specific cosmetic love for the Switch version - which would be nice. Over the weekend the Korean Game Rating and Administration Committee (GRAC) also rated Fortnite for Nintendo Switch, which isn't a confirmation per se, but another feather in the "expect a Fortnite for Switch reveal at E3" cap.

In other unrelated Fortnite news, it's been pretty impressive to see Epic Games not only scale and meet the demands that come with what is the most popular game in the world, but to also ensure that it runs and performs well on each platform.