Is it game enough to fill the Gerudo Valley-sized gap in our collective souls? Can it quench the unquenchable heart that lies still, awaiting the return of Link in Breath of the Wild 2?
Hyrule Warriors: Age of Calamity Review - A Link to the Past
Riot Games Bringing League of Legends to the State Theatre in Sydney
Post by KostaAndreadis @ 03:17pm 30/05/18 | 0 Comments With Rift Rivals, the international League of Legends esports tournament, scheduled to take place at the iconic and impressive Sydney venue from July 2 - 5. A first for Australia, as Rift Rivals always attracts millions of viewers from the Asia-Pacific region. Which means tickets for this are expected to sell out fast.

A collaboration between Event Hospitality and Entertainment (EVENT) and Riot Games, Daniel Ringland, Head of Oceanic Esports at Riot Games said, “Bringing Rift Rivals to this spectacular live venue on home turf would not be possible without EVENT. We know how important live tournaments are for our fans; they bring us together to share in the thrill of watching League of Legends played at the very highest level. The fact it’s Oceania’s three best teams competing is just icing on the cake.” 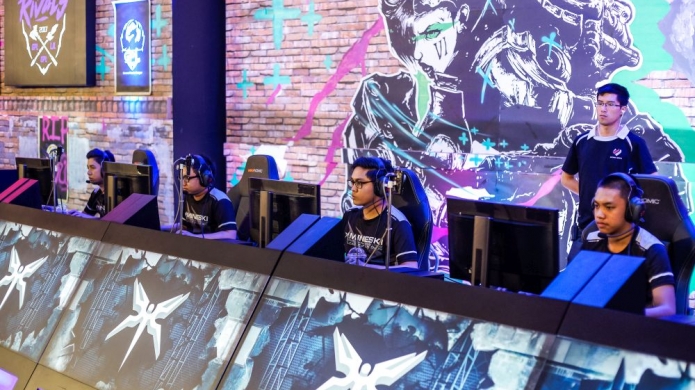 EVENT General Manager of Entertainment, Luke Mackey adds, “The EVENT team are passionate about bringing fans together for shared cultural and entertaining experiences. We are delighted to provide the League of Legends community a place to gather and compete on an international stage. This tournament is just the beginning of our esports offering, and we look forward to bringing more gaming events to our cinema and theatre audiences in the future.”

Players like Oceania’s Shern “Shernfire” Tai from Dire Wolves, Japan’s Kyohei "Ceros" Yoshida from DetonatioN FocusMe, and SEA’s Nuttapong “G4” Menkasikan from Ascension Gaming will be there. Tournament tickets go on sale Friday June 1 starting at $49, with limited VIP tickets available that included playing a game on the Rift Rivals stage and backstage meet-and-greets with pros. For scheduling and info, head here on June 1.