We chat to Hangar 13 about the upcoming remake of 2002 classic Mafia, its beginnings, what’s new, the connection to Mafia II and III and how the team will address the problem of racing.
Mafia: Definitive Edition Interview
Battlefield 1943 Now Backwards Compatible on Xbox One
Post by KostaAndreadis @ 03:03pm 25/05/18 | 0 Comments With the reveal of Battlefield V showcasing a return to the series WW2 roots in an exciting new fashion comes word that DICE's first foray back to the second World War is now playable on Xbox One. For those that need a reminder Battlefield 1943 was a digital release that features online matches of 24-players across the Pacific theater.

Inspired by Battlefield 1942 it featured classic maps Wake Island, Guadalcanal, Iwo Jima, and Coral Sea. As an online title for Xbox 360 we can assume that the servers are still up for this. And with the excitement of Battlefield V, there's bound to be people jumping back in. 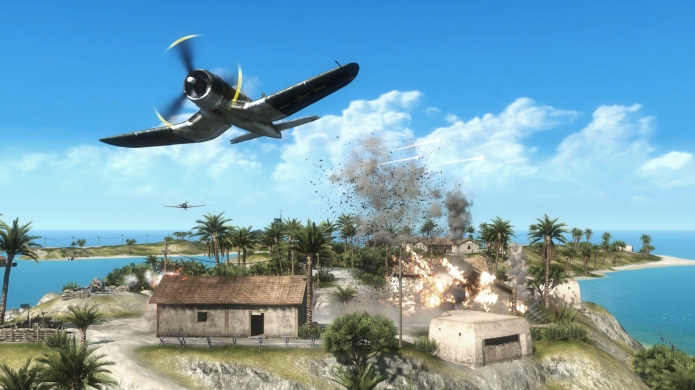 Our review from 2009, which scored this entry 9/10 notes, "Without a doubt, Battlefield 1943 is a blast to play, mainly because it brings with it the great sandbox gameplay that many have come to expect with this series. Hoping into jeeps, tanks, and planes (after some practise of course), or even staying on foot; the variety of options help keep the action both hectic and intense."