We sit down with Typhoon Studios’ Alex Hutchinson to talk about the studio’s first game, comedy, co-op, and striving to be the fourth-best.
Journey to the Savage Planet - Developer Interview
Sea of Thieves Latest Patch Adds New Clothing and a Special 'Eye of Reach'
Post by KostaAndreadis @ 12:05pm 02/05/18 | 0 Comments Plus, new ship cosmetics to go along with new clothing that will vary from outpost to outpost. The special 'Launch Crew' Eye of Reach sniper rifle features a bottle in place of a scope and looks very cool, and will be available for the next two weeks for the low price of 1 Gold. The patch also includes a few quality of life updates and bug fixes. 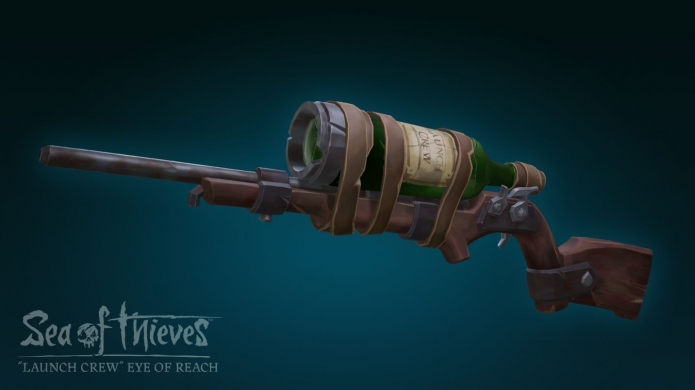 Including less accurate skeleton's on canons, which a very welcome update.