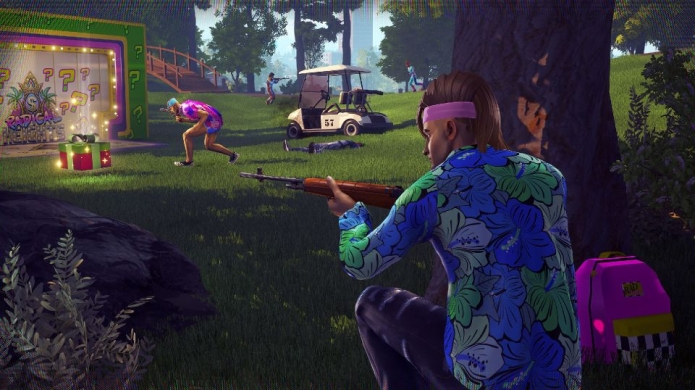 Late last year LawBreakers developer and Boss Key co-founder Arjan Brussee left the studio for Epic Games. A sensible move when you factor in the success of Epic's Fortnite and the unfortunate commercial failure of LawBreakers. On Twitter this past week Cliff Bleszinski basically flat out accused Epic of poaching Boss Key talent.

Hey @epicgames, could you please stop trying to hire away my team? We just launched @Radical_Heights on #UE4 and are really happy with how it’s going. pic.twitter.com/pe2DoZNuRq

Where as per above, the accusation is pretty clear. Since the release of LawBreakers Boss Key has been working on a new battle royale game called Radical Heights - which recently entered Early Access on Steam.

Cliff didn't stop there though, adding, "We have plenty of ways to make it our own but they may never see the light of day if they keep doing this." Which sounds like frustration more than anything nefarious. Radical Heights, which features an '80s aesthetic and a vibrant colourful presentation has in a lot of quarters been directly compared to Fortnite. In response to Cliff's accusations one the former Boss Key developers who now works at Epic Games had the following to say.

With all due respect, assuming that Epic is the one starting contact / poaching is a bit presumptuous. We all had our own reasons for making the choice to leave BKP for Epic, and to act like we are commodities being stolen is a bit hurtful. We are people first and foremost.

Radical Heights, which made its debut last week has so far received mixed reviews on Steam.