The latest June 2020 quarterly update on Diablo IV is a treasure trove of new info, so let’s break it down.
Diablo 4 Update – Open World, Events, Legendary Gear, and More
Rare Opens Up About Sea of Thieves Endgame and Content
Post by KostaAndreadis @ 05:33pm 14/02/18 | 0 Comments For those of us that got to play Sea of Thieves during the Technical Alpha stage or during the Closed Beta the core concept and sheer fun of sailing, hunting for treasure, without the modern trappings we see in other games was refreshing. To say the least. No quest markers, just the wits of you and your crew. Following a map and the direction of your ship’s compass.

And of course panicking or reacting as soon as another ship came into view. Would they fire on you? Would you fire on them? Or, would you hop into a cannon yourself and get your shipmate to try and launch you onto their deck to see what’s up. Yell out “Ahoy” but draw your sword just in case. The mechanics were rock solid, the fun everywhere. But the lingering question came down to what sort of content will be there in the final release. 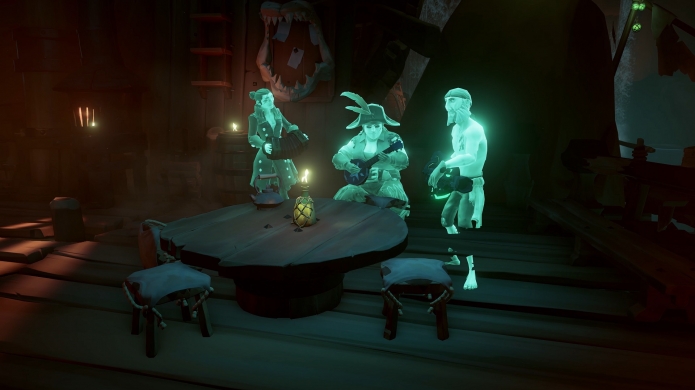 No doubt Rare nailed the concept of sailing the open seas and docking next to islands to dig up treasure. But outside of that and friendly and not-so friendly encounters with other players, was there enough to keep you interested in Sea of Thieves for days, weeks, or months? Recently, Rare has opened-up about what players can expect to find at launch, and the overall goal. Or, endgame for Sea of Thieves.

As per the video below, we know that in addition to the Gold Hoarder faction there will be two others. The Order of Souls which hands out assassination quests to track down specific Pirate Skeletons and the Merchant Alliance which will deal with trade and pay good money for any rare animals you find in your travels.


It’s that last bit that has us excited, because for as glorious as the water is in Sea of Thieves, the world itself as seen in the Closed Beta felt empty. We now know that in the full version there will be things to discover. From legendary caves through to mysterious messages in bottles. NPCs will be there too. And everything you do will increase your reputation across each faction, giving you the means and access to buy all manner of clothing and ship cosmetics. The big goal or reason to keep playing? To become a Legendary Pirate.

Which will give you access to a special Legendary Cove hidden in the world, which contains a legendary ship and a tavern filled with the ghosts of, yep, legendary pirates. Rare plans to give players who reach this goal access to their own Legendary Ship, which will become a status symbol when exploring the seas. In terms of big in-game events special Skeleton Forts will appear and be highlighted by massive skull-shaped clouds. Beckoning players to fight the denizens and unlock vaults. Think of these as co-op or competitive raids, with Rare going the extra step to ensure that in any vault there will contain more treasure than any one crew could conceivably carry. Very cool. 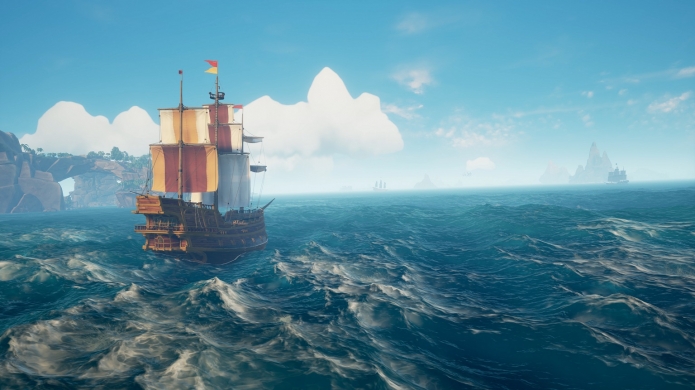 This all plays into Sea of Thieves very much becoming a game as a service with Rare noting that content will be added on a quarterly basis, and new factions will be added or switched around to keep things feeling fresh. As will the weather and other elements, altered and changed on a daily or weekly basis. The mystery is all starting to come together. And we're definitely excited to go hands-on with the full game.

Sadly, there won’t be any traditional story or narrative-based quests coming at launch. Maybe later.