"You are Isaac Clarke, an engineer on the spacecraft USG Ishimura." A great description to be sure, because what follows is one of the best survival horror games ever made. An all-round classic from the sadly defunct Visceral Games, and something that still feels fresh and riveting today. And it's currently free via EA Origin.

Which means that if you haven't played Dead Space, now's the time. Or, replay it for the third or fourth time. In terms of atmosphere Dead Space is second to none, and the horrific fast-moving Necromorph enemies mixed with the plasma beam weaponry that lets you shoot off limbs is as intense as ever.

Originally released in 2008, here's a snippet from our original review. 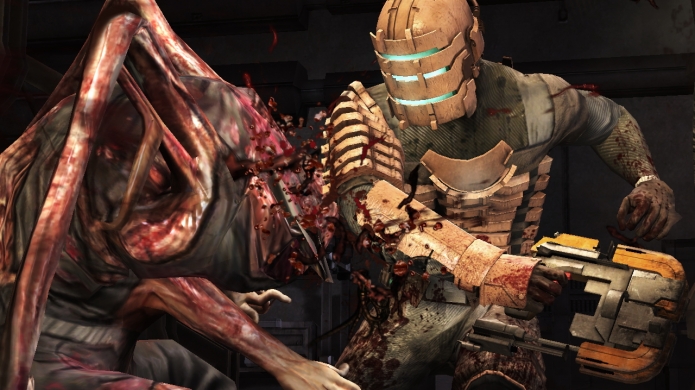 Unlike the Resident Evil series, there's almost never a moment you feel safe in Dead Space. There's no "save room" with enchanting calm music to ease your nerves, and enemies don't predictably respawn; you may very well walk through corridor after corridor without a single confrontation, yet moments later face enemy after enemy in unbelievably unpredictable patterns. The Necromorphs will literally come at you, any time, without abandon. And while there are certainly many scripted moments and events throughout the game, the AI for these monstrosities is such you never face them the same way twice. They react differently each time which not only keeps you on your toes, but reminds you the severe lack of powerful weapons at your disposal is something that has to change quickly.

Dead Space unfortunately is a franchise that seems to be in a bit of a dead, err, space after the abysmal third entry. Here's hoping that the tenth anniversary sparks a new mission for Isaac Clarke.

This is approximately AUD$7.21
(compare all prices)