A celebration of the long-running franchise and a great way to kick off Switch gaming in 2023.
Fire Emblem Engage Review - Strategy Gold
Watch the GWENT January 2018 Open Tournament Taking Place Over this Coming Weekend
Post by Steve Farrelly @ 04:55pm 19/01/18 | 0 Comments CD Projekt RED's eSports aspirations for GWENT for 2018 take full flight this weekend (January 21 2am AEST), when the 2018 season kicks off proper with the top eight players of the previous Pro Ladder season vying for a bite of the prize pool and GWENT Masters Crown Points.

Participants of the tournament — the top 8 players of the previous Pro Ladder season — will compete for a share of the $25,000 prize pool and GWENT Masters Crown Points. Two players who reach the event’s finale will additionally secure their participation in April’s GWENT Challenger tournament.

The tournament will start with the quarterfinals on Saturday, January 20th. The semifinals and final will follow on Sunday, January 21st. Live coverage will begin at 4PM CET on the official CD PROJEKT RED Twitch channel. Regular highlights will also be posted throughout the tournament on GWENT Masters Twitter.

Thanks to Twitch drops, viewers will be able to earn Card Kegs and other rewards by watching the tournament. More details at playgwent.com/twitch-drops.

GWENT Open is part of GWENT Masters — the official esports series of GWENT: The Witcher Card Game. For the complete overview of GWENT Masters, including the ruleset, tournament dates, and format, visit masters.playgwent.com. 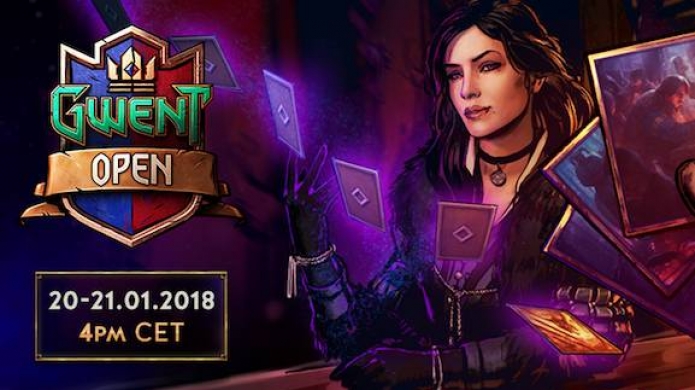