We've taken Kratos and Atreus on an almighty journey in sequel territory. Is it as good as the OG?
Realms Apart | Our In-Depth God of War Ragnarök Review
Benchmarking Our New Gaming PC
Post by KostaAndreadis @ 05:16pm 18/01/18 | 6 Comments Delayed due to the little thing that happened over the break, called Spectre and Meltdown. And no we're not talking about a buddy-cop comedy set in the Mass Effect Universe. But, a world-wide CPU hardware security flaw that resulted in just about every PC suffering from some form of performance anxiety. And so we bring you, our full benchmarks of the AusGamers 3000 from 1080p through to UltraWide 1440p. And 4K. 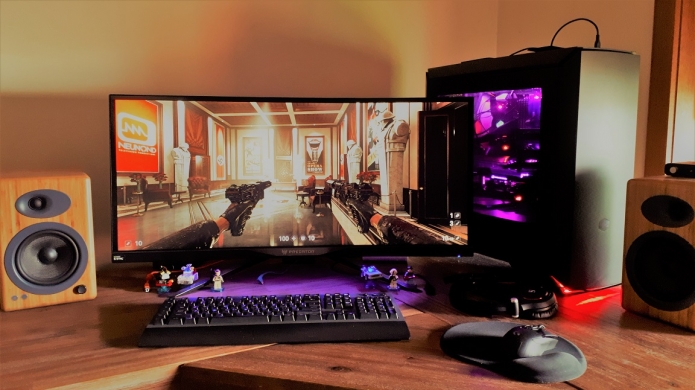 And today, after a few delays, we finally bring you the long-awaited benchmarks. Which were completed and ready to run prior to the holiday break - but then the whole CPU security flaw and mandatory updates thing happened. Where key flaws in CPU hardware design, over several years, led to critical OS updates just this past week that would impact performance in just about every system. And with names like Spectre and Meltdown, you knew they were serious.

Which meant that we then had to re-run all tests this past weekend. As per previous notes from AMD it was expected that the main performance hits for the mandatory updates would be felt on Intel-based systems. Which seems to be true as we saw very little if any change to performance across most games and even productivity benchmarking. The only noticeable difference was a slight performance drop in Assassin’s Creed Origins.

Click Here to Check Out Our Full AusGamers 3000 Benchmarks