With a decent chunk of them no doubt playing PUBG, the number of concurrent Steam users online at the same time rose to an impressive 17,686,886. Approaching the 18 million milestone Steam's user count has steadily been on the rise this year. And with the Steam Autumn Sale still on, there's good reason to log in right now.

Use numbers were gathered by the official Steam statistics page. 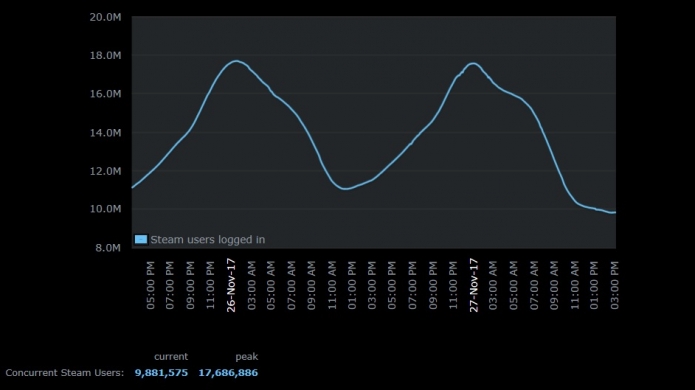 With the current top 10 most played games being: